Filmmaker David Gordon Green returns for his third appearance on the podcast to talk about his latest film, Manglehorn which stars Al Pacino; Patrick Brice makes his first appearance to discuss two films, The Overnight and Creep; last up is the author Josh Karp who discusses his book about Orson Welles’ last unfinished movie, The Other Side of the Wind.

SHORT CUTS: The Mystery of Flying Kicks (From the Director of Sam Klemke’s Time Machine)

What are shoes doing hanging from telephone wires? Investigate with Matthew Bate, director of Sam Klemke’s Time Machine, in this week’s Short Cut.

The force behind Brooklyn based band GABI, Gabrielle Herbst, spoke to us about the nature of her performances, her writing process and pop music. See what she has to say and then come out and see her this Saturday June 20th at Industry City!

New York Non-Fiction is coming up! Here are a few doc short highlights from previous years.

Filmmaker Stephen Winter is the guest on this Fandor-sponsored episode of the podcast. Stephen’s new film Jason and Shirley just had its world premiere at BAMcinemaFest. The film is a fictional account of the day Shirley Clarke shot her seminal doc, Portrait of Jason. Catch Jason and Shirley at film festivals this summer and watch Portrait of Jason on Fandor starting June 19.

SHORT CUTS: Delivery (From the Directors of Welcome to Leith)

The guests on this episode of the podcast include two good Jewish boys, actor Jason Schwartzman (The Overnight, 7 Chinese Brothers) and filmmaker Nathan Silver (Stinking Heaven, Uncertain Terms). This episode is sponsored by Hell’s Half Mile Film & Music Festival. 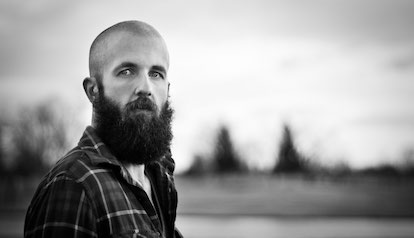 Musician William Fitzsimmons with his new album Pittsburgh; film editor Zac Stuart-Pontier in a segment sponsored by editstock.com; and the director of the new horror film, We Are Still Here, Ted Geoghegan with a returning Larry Fessenden.