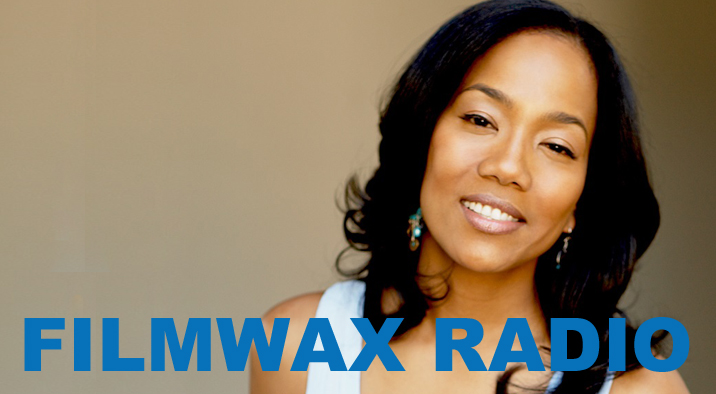 [6 mins. 30 secs.] Filmmakers Josh Koury & Myles Kane their new documentary, Voyeur, which is having a theatrical engagement at the IFC Center in NYC and at the Laemmle Monica Film Center in LA beginning this Friday, December 1st. If you are not in either of those cities, fear not, the film will be having its premiere on Netflix on the same day. Voyeur follows Gay Talese —the 84-year-old giant of modern journalism— as he reports one of the most controversial stories of his career: a portrait of a Colorado motel owner, Gerald Foos. For decades, Foos secretly watched his guests with the aid of specially designed ceiling vents, peering down from an “observation platform” he built in the motel’s attic. He kept detailed journals of his guests’ most private moments — from the mundane to the shocking — but most of all he sought out, spied on, and documented one thing: strangers having sex. Talese’s insatiable curiosity leads him to turn his gaze to a man accustomed to being the watcher, exploring a tangle of ethical questions: What does a journalist owe to his subjects? How can a reporter trust a source who has made a career of deception? Who is really the voyeur?

[33 mins. 45 secs.] Actor & comedian Noël Wells makes her directorial debut with Mr. Roosevelt, a comedy about a young woman named Emily (Wells) who left behind her home and boyfriend to pursue career opportunities in L.A. When a loved one falls ill, Emily rushes back to Austin where she’s forced to stay with her ex-boyfriend and his new-and-improved girlfriend, a totally together woman with a five-year plan. Though Emily is the same, everything else is different: her house has been smartly redecorated, her rocker boyfriend is training to be a real estate agent, and her old haunts show serious signs of gentrification. Holed up in her own guest room, Emily–who has no idea what she’ll be doing five days from now, let alone five years– is forced to question everyone’s values: are they sell-outs or have they just figured out what makes them happy? And is she following her dreams or is she just a self-absorbed loser? The film is currently screening in NYC and going wide thereafter.

[51 mins. 8 secs.] In the wake of the 2015 death of Freddie Gray in police custody, Baltimore was a city on the edge. Peaceful protests and destructive riots erupted in the immediate aftermath of Gray’s death, while the city waited to hear the fate of the six police officers involved in the incident, reflecting the deep divisions between authorities and the community – and underscoring the urgent need for reconciliation. We’re joined by actor turned filmmaker, Sonja Sohn (The Wire), who directed this documentary, Baltimore Rising currently on HBO. Sonja’s joined by one of the subjects in her film, Kwame Rose.

Please take a moment to check out our Kickstarter campaign. Watch the pitch video, read the description, and check out our outstanding rewards. Consider contributing and or supporting the campaign. Thank you. 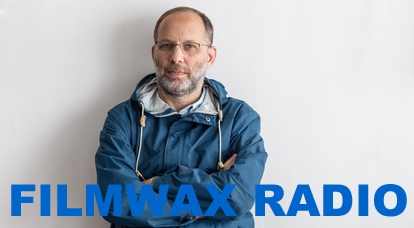 Filmmaker Ira Sachs returns for his third visit to the podcast. Earlier appearances can be found on Ep 57 & Ep 234.  In this longer and more nuanced conversation we talk about what brought him to NYC some thirty years ago and how he continues to make the kind of films he’s interested in making. 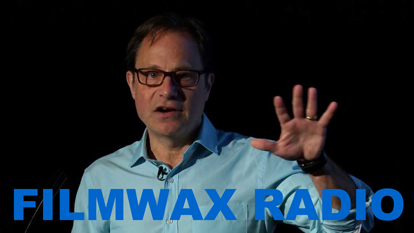 Episode 444 includes an hour-long conversation with the indie film pioneer, Ira Deutchman. Deutchman has been making, marketing and distributing films since 1975, having worked on over 150 films including some of the most successful independent films of all time. He was one of the founders of Cinecom and later created Fine Line Features—two companies that were created from scratch and, in their respective times, helped define the independent film business. He was also a co-founder of Emerging Pictures, the first digital projection network in the United States and a pioneer in delivering live cultural events into movie theaters.

Currently Deutchman is an independent producer, and a consultant in marketing and distribution of independent films. Among his clients are Istituto Luce Cinecitta, for which he promotes Italian cinema in the U.S. He is also a Professor of Professional Practice in the School of the Arts at Columbia University, where we sat for this conversation.

Among the over 60 films he acquired and released at Fine Line were Jane Campion’s “An Angel at My Table,” Gus van Sant’s “My Own Private Idaho,” Jim Jarmusch’s “Night on Earth,” Robert Altman’s “The Player” and “Short Cuts,” Roman Polanski’s “Bitter Moon” and “Death and the Maiden,” Alan Rudolph’s “Mrs. Parker and the Vicious Circle,” Mike Leigh’s “Naked,” and the award-winning “Hoop Dreams,” which in its time was the highest grossing non-music documentary in history. 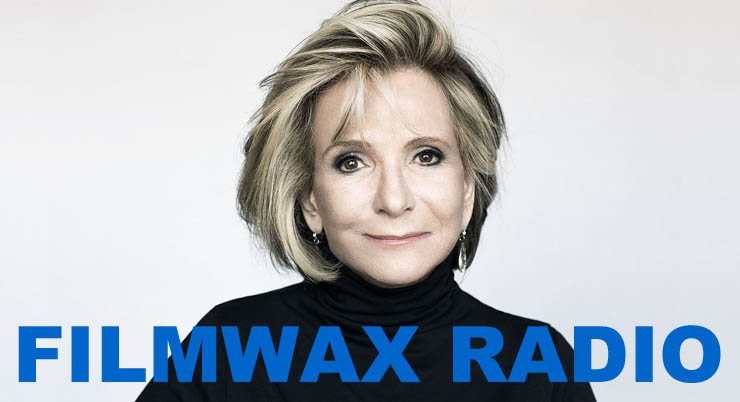 [5 mins. 55 secs.] The president of HBO Documentary Films, Sheila Nevins, is the sole guest on Episode 443 of the podcast. Sheila, who has been at the esteemed network for some 35 years, is now the author of a book called You Don’t Look Your Age… and Other Fairy Tales (Flatiron Books, 2017). The book is not only available as conventional physical media but also as in audio format either by download or on CD. There is a host of celebrity names —almost all friends of the author— reading the various chapters including Gloria Vanderbilt, Lena Dunham, Alan Alda & Audra McDonald, to name just a few.

In this episode Sheila and I discuss writing the book, some small controversies that have surrounded it, her time at HBO, but perhaps most importantly of all, about her life and growing up. And for 90 minutes (edited down from our 3 hour plus conversation), you will get a sense of what this woman is like: funny, at times insecure, always intelligent & down-to-earth.

Please take a moment to check out our Kickstarter campaign: https://www.kickstarter.com/projects/1115063530/filmwax-radio-20. Watch the pitch video, read the description, and check out our outstanding rewards. Consider contributing and or supporting the campaign. Thank you! 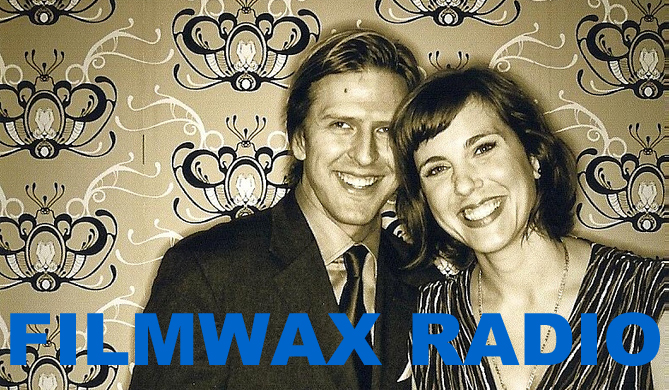 Filmwax Radio has launched its first ever Kickstarter campaign. Please check out the campaign and all we’re trying to accomplish. Please consider getting involved and joining the Filmwax Family. There are some neat rewards as well. Thank you for your consideration and continued support!

[7 mins. 24 secs.] First segment, returning to the podcast filmmaker Patrick Brice (The Overnight, Creep) discusses Season 2 of the HBO series Room 104 & his follow up to Creep, Creep 2, which is currently on iTunes and other VOD platforms. The film once again stars Mark Duplass as the serial lovers everyone loves to… everyone loves! And co-stars Filmwax Radio friend Desiree Akhavan.

[22 mins.] Then I’m joined by filmmakers Leah Meyerhoff (I Believe in Unicorns), the founder of Film Fatales, plus Shruti Ganguly and Myna Joseph, for a thoughtful conversation on gender parity in the work place, and all that is currently taking place in the film industry at the moment. First in a series.

[1 hr. 1 min. 55 secs.] Lastly, I welcome Tiffany Bartok, the director of a wonderful new documentary, Larger Than Life: The Kevyn Aucoin Story, which will be having its New York City premiere at DOC NYC next Thursday, November 16th at the SVA Theater. The 7:15 screening has sold out but there are still some tickets available for the 9:45 screening as this episode drops. Tiffany is joined by her husband,  Jayce Bartok (Fall to Rise), who produced the film and who is returning to the podcast for his second visit. Moving to New York City from small town Louisiana in the early 1980s, Kevyn Aucoin found acceptance as a gay man and success in the fashion world. Developing an often overlooked profession into an influential art form, Aucoin became the go-to makeup artist for — and fast friends with — supermodels and celebrities until his tragic death at the age of 40. Director Tiffany Bartok offers an intimate look at a legendary figure who made people beautiful. 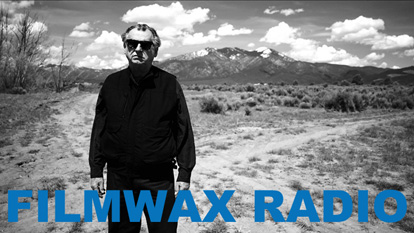 [6 mins. 40 secs.] Lois Vossen, the Executive Producer of Independent Lens, is the first guest. A new season of the PBS documentary series begins tonight with a 10:00 ET broadcast of Chasing Trane: The John Coltrane Documentary. We discuss the history if the series and what’s coming up in the new season.

[55 mins.] Then I’m joined by Satya de la Manitou who, along with his old friend & confidante, Dennis Hopper are the subjects of Nick Ebeling’s new documentary Along for the Ride. Director Nick Ebeling also joins us. Method actor, filmmaker, art collector, and all-American madman—the many sides of Dennis Hopper are explored in Nick Ebeling’s remarkable documentary, which draws heavily from the testimony of Hopper’s burly biker buddy and right-hand man Satya De La Manitou. Moving through the triumph of Easy Rider, the magnificent self-immolation of The Last Movie, and a midlife comeback after plenty of booze and brawling, Along for the Ride is a vivacious work of film biography with a freewheeling style that’s only appropriate to its anarchic subject. The film is currently screening in NYC at the Metrograph and will be screening theatrically in LA and elsewhere as of December. 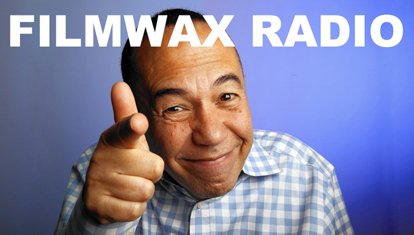 [4 mins.] Finally we’ve gotten Gilbert Gottfried on the podcast! And why not? There’s a new documentary about Gilbert called… Gilbert, which premieres today, 11/3/2017. at the IFC Center in NYC. Also joining the comedian is his wife, Dara Gottfried as well as the director of the film, Neil Berkeley. The film follows Gilbert over a period of time giving us the opportunity to see him at home with Dara and their two kids, as well as his traveling to gigs and performing his unique style of comedy. The film also takes a look back at his life and his career, and is helped along by such comedy luminaries as Richard Belzer, Jay Leno, Whoopi Goldberg, Dick Van Dyke, Arsenio Hall, Jeff Ross, and others. Don’t miss this thoroughly entertaining and often times moving documentary, or this episode for that matter.

Then, [33 mins. 15 secs.] in the second segment, I welcome VP of Acquisitions at Neon, and the producer/curator of the new documentary 11/8/16, Jeff Deutchman, to the podcast. On the morning of Election Day 2016, Americans of all stripes woke up and went about living their radically different lives. These were the hours leading up to Donald Trump’s unexpected, earth-shaking victory, but, of course, no one knew that yet. With 11/8/16, producer/creator Deutchman’s second installment in his election film series, viewers are afforded a uniquely cinematic look at the chaotic glory of American democracy from sea to shining sea. Some of the filmmakers involved include past Filmwax guests Martha Shane, Alma Har’El, Vikram Gandhi & Bassam Tariq. The film opens today, 11/3/2017, at the Cinema Village in NYC, at the Laemmle Noho 7 in Los Angeles, and other select cities, as well as streaming on most popular digital platforms.