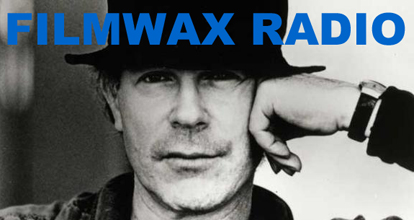 A special bonus edition of the podcast today since it’s Henry Jaglom’s 80th birthday. Here’s an hour long conversation with one of the most independent filmmakers in the history of filmmaking.

Henry Jaglom has written & directed 20 feature films today as well as a number of plays. He began his by helping edit Easy Rider with Jack Nicholson and Dennis Hopper. He became part of the BBS group of filmmakers where he would go on to direct his first film, A Safe Place Tracks starring Nicholson, Tuesday Welles, and what would become a decades long friendship with his idol Orson Welles. After that he directed Tracks starring Dennis Hopper. After the BBS organization fell apart, Jaglom continued making his own films, independently financing them all to date. Among the many actors Henry has directed are David Duchovny, Vanessa Redgrave, Melissa Leo, Filmwax friend Zack Norman, and a couple of ex-wives.

Jaglom currently lives in Los Angeles with his wife the actor Tanna Fredericks and their dogs. He’s recently adapted his play Train to Zakapané for the screen, which will be his 21st feature to be released later this year. He shows no signs of slowing down. 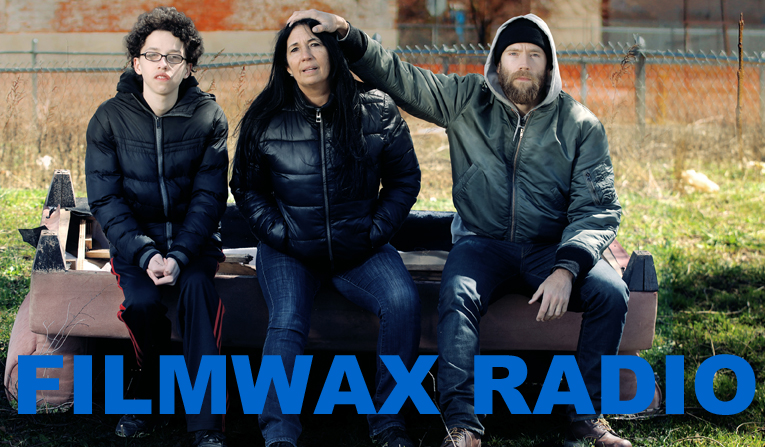 [8 mins. 15 secs.] Filmwax Radio’s Sundance correspondent, Ronald Wohlman, is back again having just appeared on our Episode 455. We continue devising Ronald’s plan of attack in Park City. We’ll hear back about Ronald’s success upon his return… fingers crossed.

[27 mins. 55 secs.] Actor and filmmaker Mark Webber (Green Room, The End of Love) has a new film in which he once again appears, only this time along side his mother, anti-poverty activist & 2012 Green Party vice presidential candidate, Cheri Honkala. The two are also appearing together on this segment of Filmwax Radio to discuss Mark’s latest directorial effort, Flesh and Blood, now available for streaming on iTunes, Amazon, and on demand. The film is a hybrid narrative concerning the complex relationships in the Honkala/Webber family, and also stars Webber’s younger half-brother Guillermo. The film is being distributed by our good friends at Monument Releasing.

Last up, [53 mins.] The two subjects of David Heinz’ new film American Folk, singer-songwriter team of Joe Purdy and Amber Rubarth. The film follows two musicians who meet on board a flight from L.A. to NYC which is suddenly canceled on the morning of September 11th, 2001. The strangers end up riding in a broken down van across country with not much more than a few guitars and the clothes on their backs. The two end up not only forming a bond with each other, but also with various Americans they meet along the way. Don’t miss this special musically lush dramatic character study. The film, which also features a supporting performance by Filmwax friend Krisha Fairchild, opens in a number of theaters across the country starting Friday, January 26th. For details visit the official website.

The music on this episode is contributed by Purdy & Rubarth who are just beginning a small national tour. For details check the film’s website. They will be at City Winery in NYC on Friday, February 2nd, 8PM. Tickets may be purchased here. 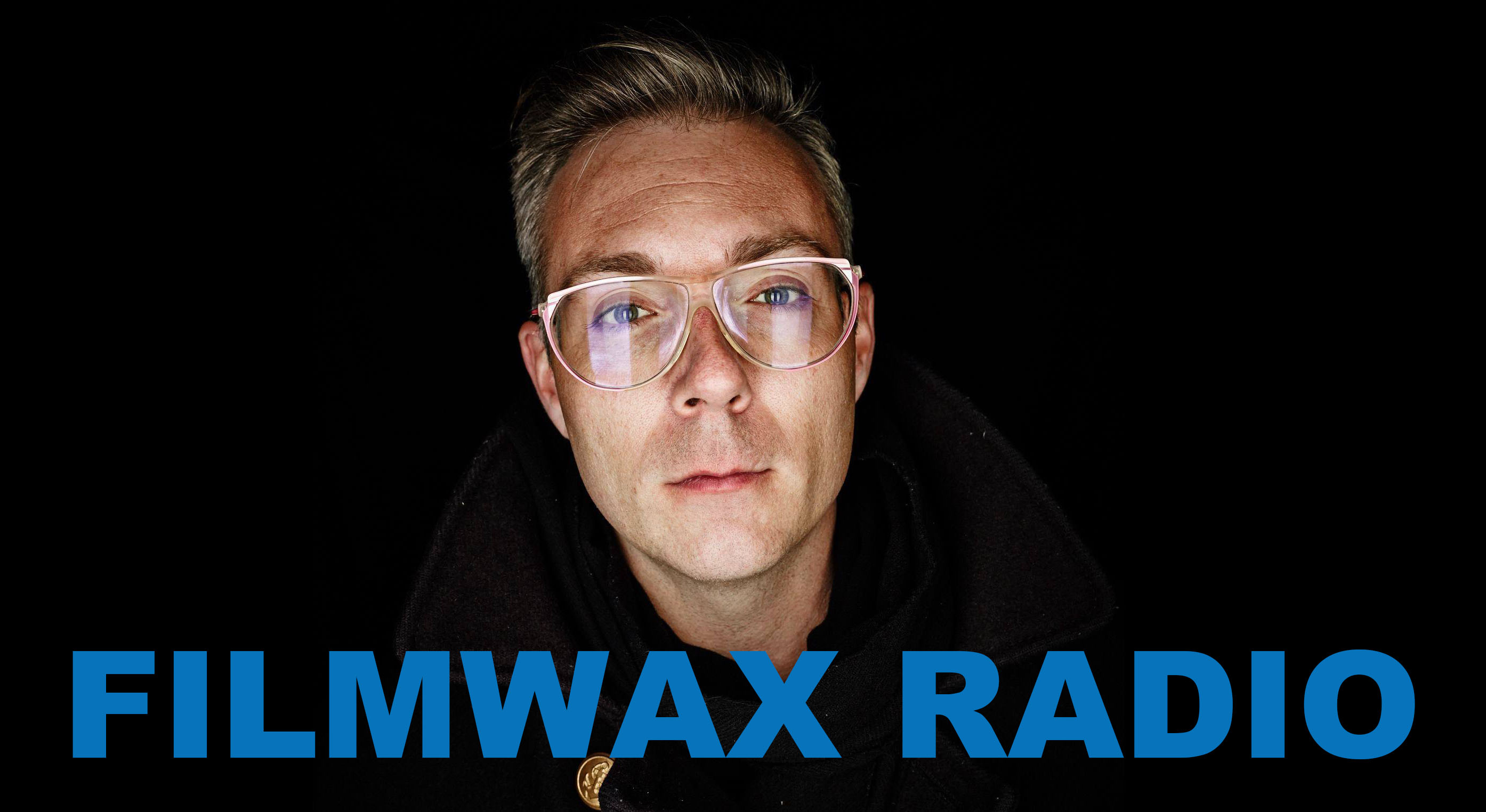 On Episode 456 of the podcast, filmmaker & actor Zefrey Throwell is the sole guest. Zefrey recently co-directed a hybrid doc called Flames which premiered at Tribeca Film Festival 2017. He appeared on Filmwax Radio Episode 406 back then along with his collaborator Filmwax friend Josephine Decker. Here we discuss our mutual affection for films as well as for each other. 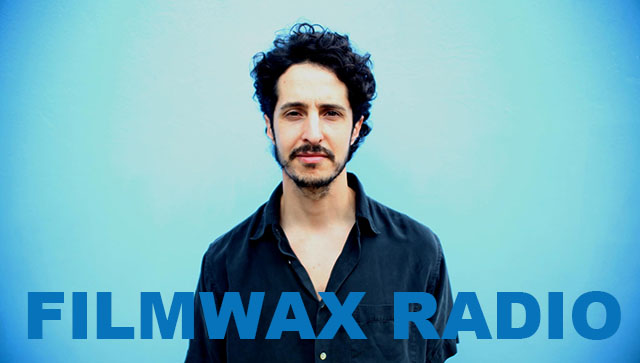 [3 mins. 54 secs.] My Sundance correspondent Ronald Wohlman joins me in the first segment on Episode 455 to discuss his upcoming assignment in Park City. More from Ronald in the coming weeks.

Then, [24 mins. 13 secs.] filmmaker Sam Hoffman (Old Jews Telling Jokes) joins me for a conversation about his new movie, Humor Me, a comedy starring Jermaine Clement (Flight of the Concordes) and Elliott Gould. The film is about an emotionally and artistically stunted husband & father (Clement) who is forced to move into a retirement community apartment with his father (Gould). The film also stars singer songwriter Ingrid Michaelson, Priscilla Lopez & Annie Potts. The film opens Friday, January 12th at the Village East Cinema in NYC and then in Los Angeles on January 19th.

Lastly, [48 mins. 17 secs.] Filmwax Radio friend filmmaker Joel Fendelman returns for his third appearance on the podcast to discuss his latest documentary, Man on Fire, which will have two screenings at Slamdance, one on Saturday, January 20th, 11:00 AM at Ballroom, the other on Wednesday, January 24th, 1:30 PM at Gallery. The film concerns the elderly white preacher Charles Moore who set himself on fire to bring awareness to the unrepented racism in his birth town of Gran Saline, TX. Joel is joined by his film’s producer Chase Sanchez, himself a resident of Gran Saline. 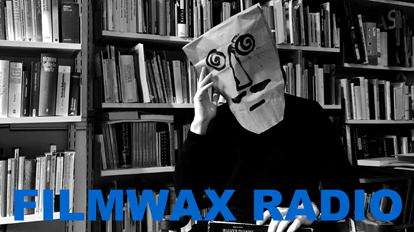 Berlin-based poster artist & illustrator Tony Stella is the guest on the first episode of 2018. We discuss Tony’s illustration work as well as taking a deep dive in the classic underground film Downtown 81 (1981) directed by Edo Bertoglio. The film stars Jean-Michel Basquiat playing himself as well as a host of downtown artists of the day. Stella’s work can be viewed on his website. You can screen Downtown 81 on Fandor either on their site or through Amazon Video. Also on iTunes.