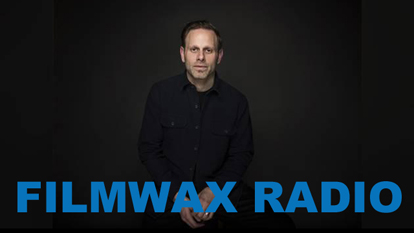 [5 mins. 10 secs.] Comedy producer & writer Jeffrey Gurian returns to the podcast for his second appearance to discuss his friendship with Jerry Lewis. Visit Jeffrey’s website Jeffrey Gurian’s Comedy Matters (comedymatterstv.com), subscribe to his newsletter & keep up to date with all of Gurian’s amazing work in the comedy industry. His friendship with Lewis, who died this past week at the age of 91, goes back several decades.

[26 mins. 30 secs.] The filmmaker Matt Ruskin discusses his new feature film, Crown Heights, which is currently screening in NYC, opens theatrically in Los Angeles on Friday, August 25th, then wider in the coming weeks. The film is based on a real incident in 1980 and was adapted from a segment on This American Life. The stellar cast includes Lakeith Stanfield, Nestor Carbonell, Natalie Paul, and prior FIlmwax Radio guest Josh Pais, and is distributed by Amazon Studios and IFC Films.

[51 mins. 30 secs.] Last up, Brooklyn-based filmmaker Sujewa Ekanayake (http://www.wilddinermedia.com/contact.html). Sujewa discusses recent projects as well as his sideline which is consulting with clients running crowdsourced fundraisers. If interested, you can find him Facebook or Twitter. 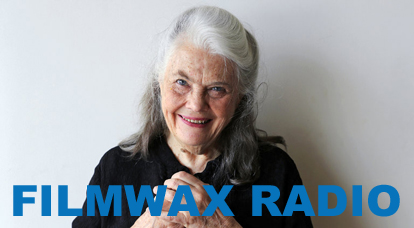 [8 mins. 8 secs.] On this episode of the podcast, first up is the comedy lead at Kickstarter, Taylor Moore, who discusses the Brooklyn Comedy Film Festival which runs from this evening, Monday, August 21st through next weekend at the Nitehawk Cinema. Every night until Thursday is an outstanding comedy film, followed by a weekend of shorts & brunch events. There are also panels and other terrific Q&A’s. Visit the Brooklyn Comedy Festival’s website or Nitehawk’s website for tickets and more details.

[48 mins. 50 secs.] Filmmaker Michael Almereyda has a new film currently screening at the Quad Cinema in NYC called Marjorie Prime. One of the film’s stars, the legendary actress Lois Smith (East of Eden, Five Easy Pieces) joins the director in a conversation about the film which was adapted from a play in which Ms. Smith performed in both New York City and Los Angeles productions. The film is being distributed by FilmRise and co-stars Jon Hamm, Geena Davis and Tim Robbins. 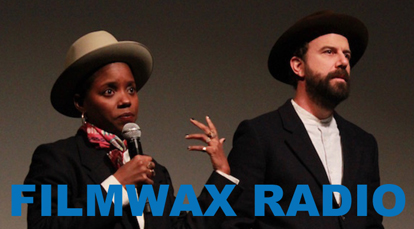 [5 mins. 20 secs.] In this jam-packed episode of the podcast I first welcome back long-time friend of Filmwax, filmmaker and commercial director, Adam Reid, who appeared way way back in Episodes 15 & 38 with his feature film, Hello Lonesome. Adam is back to discuss the Kickstarter campaign for his latest project, Barry & Joe: The Animated Series which is where Barack Obama and Joe Biden are sent back in time by Neil deGrasse Tyson. Bromancing the multiverse to save us from ourselves.

[39 mins. 45 secs.] When I was at the Maryland Film Festival this Spring I was fortunate enough to see a dark comedy called Lemon. The film concerns Isaac’ Lachman (guest Brett Gelman) whose blind girlfriend walks out on him, as his life goes into free fall. We follow Isaac as he directs an unhinged staging of Chekhov’s “The Seagull,” attends the Passover Seder from hell, and attempts to woo a new flame. Gelman, who co-directed and stars is joined by his partner Janicza Bravo, director of Lemon. The film, which is being distributed Magnolia Pictures and which also stars Judy Greer, Michael Cera and Nia Long, opens in Los Angeles, on iTunes, Amazon Video and on demand on Friday, August 18th, then in NYC on Friday, August 25th.

[1 hr. 8 mins. 55 secs.] Last up, the team behind the Sundance 2017 break-out hit, Patti Cake$: filmmaker Geremy Jasper, and actors Danielle McDonald and Cathy Moriarty (Raging Bull). In a coming-of-age story straight out of Jersey, an unlikely rapper finds her voice as a one-of-a-kind hip-hop legend in the making in Patti Cake$, the first feature film from acclaimed commercial and music-video director Jasper. Set in gritty strip-mall suburbia, the film which is being distributed by Fox Searchlight and opens wide August 18th, chronicles an underdog’s quest for fame and glory with humor, raw energy and some unforgettable beats. 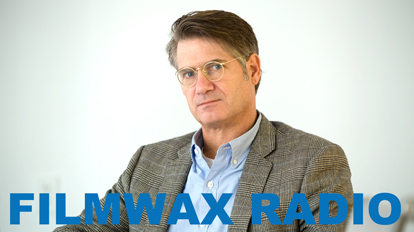 Documentary filmmaker Whitney Dow is the sole guest on Episode 420 of the podcast. Whitney, along with his longtime friend & collaborator Marco Williams, co-directed the seminal film The Two Towns of Jasper which is going to have an encore broadcast on POV on August 14th. Whitney is also spearheading The Whiteness Project an interactive investigation into how Americans who identify as white, or partially white, understand and experience their race. Check out the website for further details.

FRAMING FILMS: HAVE A NICE DAY

Jian Liu’s second animated feature, Have a Nice Day, is a sardonic, stylish crime thriller. The film begins as a series of seemingly unrelated vignettes, depicting the residents of a dreary industrial cityscape in southern China. However, once a briefcase filled with one million yuan shows up, the characters move closer and closer to one another until […] 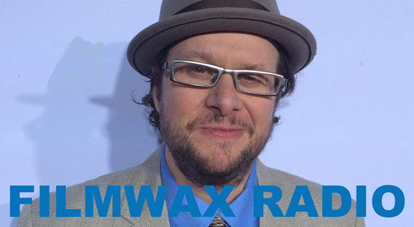 The Los Angeles-based host of the popular podcast The Q&A With Jeff Goldsmith is the first guest. Jeff discusses his approach to the show as well as the online magazine he publishes called The Backstory. Currently available for the iPod and will be available for other tablets momentarily.

After that filmmaker Lisanne Skyler discusses her recent documentary, Brillo Box (3¢ Off). Through much archive and contemporary interviews, the documentary traces her parents’ acquisition of an early Warhol work, the yellow Brillo Box which he would autograph. The film will have its broadcast premiere on HBO next Monday, August 7th at 10:00PM.