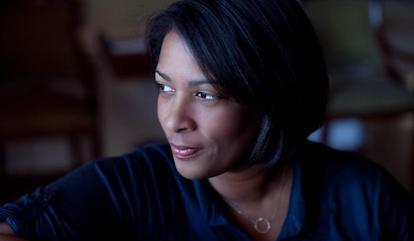 [3 mins. 55 secs.] Tribeca Film Festival 2018 Edition with documentary filmmaker Dawn Porter (Gideon’s Army, Trapped) who makes her first appearance with this episode. Ms. Porter has a new long-format documentary called Bobby Kennedy For President, a Netflix original documentary, which had its world premiere at the festival yesterday, and which will be available for streaming beginning tomorrow, Friday, April 27th. The eye-opening and transformative four-part documentary Bobby Kennedy for President utilizes rare and never-before-seen archival footage – digitized here for the first time – to transport us to a turbulent and dynamic era, letting Bobby’s voice and viewpoint be the guiding force. With new interviews with RFK confidantes and staffers including William Vanden Heuvel, Rep. John Lewis, Paul Schrade, Marian Wright Edelman, Peter Edelman, and Dolores Huerta, acclaimed director Dawn Porter reveals anew what America gained and what it lost in the life, vision, politics, and hope of Bobby Kennedy.

[34 mins. 6 secs.] Filmmaker John Maringouin (Big River Man) has a new feature film called Ghostbox Cowboy which just had its world premiere at Tribeca Film Festival. David Zellner shines in this darkly comedic morality tale that examines the inner workings of China’s economic engine and the lengths outsiders will to go to get in on the game. Texan Jimmy Van Horn (Zellner) arrives in China brimming with optimism, only to realize that acquiring a share of the country’s rapidly growing riches is not as easy as it appeared from back home. Armed with an absurd product pitch and short on the charisma or quick thinking needed to convince local businessmen of his sincerity, Jimmy soon finds himself out of funds, leaving him at the mercy of those who promise to help him stay in the place he’s gambled away his entire livelihood to be. John Maringouin is joined in this segment with his wife and producer Molly Lynch. 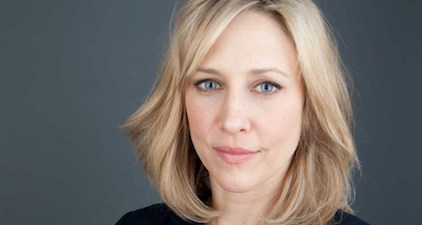 [3 mins. 22 secs.] More coverage from SxSW 2018 on this episode. First up, a conversation with the team behind a new dramedy called Boundaries including director Shana Feste and actors Vera Farmiga and Lewis MacDougall. Laura (Farmiga) is a well-meaning single mother who is forced to drive her estranged pot-dealing father, Jack (Christopher Plummer), from Texas to California, with her troubled son Henry (MacDougall) along for the ride. While Jack uses Henry and the road trip to help him distribute his copious supply of marijuana, Laura finally confronts Leonard (Bobby Canavale) – her dead-beat ex-husband. The film will open theatrically in the near future thanks to distributor Sony Pictures Classics.

[32 mins. 38 secs.] Then, the team behind a new documentary about one of the world’s most beloved comic actors, Bill Murray. The film is called The Bill Murray Stories: Life Lessons From a Mythical Man. Filmmaker Tommy Avallone joins me to discuss his journey in finding meaning in Bill Murray’s many unexpected adventures with everyday people, rare and never-before seen footage of the comedic icon partipating in stories previously presumed to be urban legend. Whether it be singing karaoke late at night with strangers or crashing a kickball game in the middle of the afternoon, Bill Murray lives in the moment and by doing so, creates magic with real people. Avallone is joined by two of his producers: Derrick Kunzer & Max Paolucci.

[49 mins. 17 secs.] Last up, Los Angeles based filmmaker Amir Motlagh, a DIY filmmaker if ever there was any. Mr. Motlagh will be showing two of his recent feature films, MAN and Three Worlds. He’ll be screening a double feature of those two films for an audience hosted by the the Chicago Filmmakers organization this Saturday, April 21st. Check the website for further details.

Music on this episode is by Peter Gabriel. 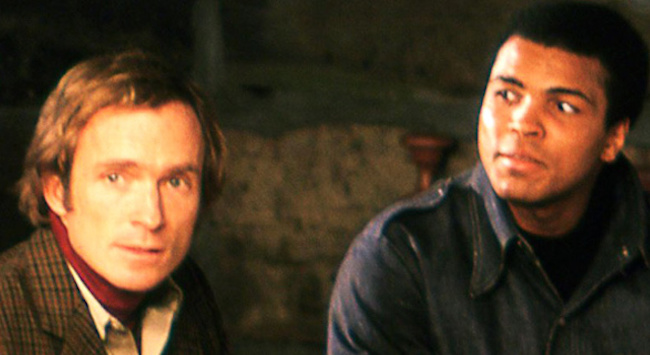 Documentary filmmaker and their subjects occupy this SxSW 2018 Edition of the podcast. First up, is filmmaker Robert Bader and one of the subjects of his new documentary, Ali & Cavett: The Tale of the Tapes, which premiered at SxSW. We sit with Bader and, returning to the podcast, none other than Dick Cavett (he was last on Episode 252). In this conversation, as shown in great detail in the documentary, Cavett and Bader recall the story of the great friendship between the Nebraska-born talk show host and world champion boxer.

Then returning to the podcast for his 4th visit, filmmaker Jeremy Workman is back (Workman as appeared on Episodes 250, 379 & 467) with a new film and the film’s main subject, Matt Green. The World Before Your Feet had its world premiere at SxSW and we talked in Austin. For over six years, and for reasons he can’t explain, Matt Green, 37, has been walking every block of every street in New York City – a journey of more than 8,000 miles. From filmmaker Jeremy Workman and Executive Producer Jesse Eisenberg, The World Before Your Feet is a feature-length documentary that tells the story of one man’s unusual personal quest and the unexpected journey of discovery, humanity, and wonder that ensues. Check Matt Green’s remarkable blog which not only captures his journey but also gives much sociological perspective to this great city. 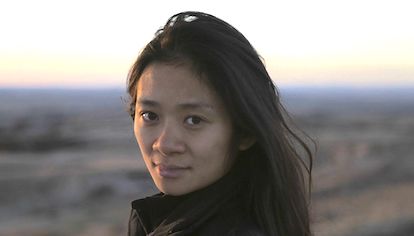 [6 mins. 12 secs.] First up, Chloé Zhao (Songs My Brother Taught Me) discusses her second feature film, The Rider, along with her lead actor Brady Jandreau who plays a variation of himself in this dramatic hybrid film. After a riding accident leaves him unable to compete on the rodeo circuit, a young cowboy (Jandreau) searches for a new purpose. The film, which had its world premiere at Cannes 2018 and went on to screen at the TIFF, the New York Film Festival, Telluride, Sundance, and SxSW,  is being distributed Sony Pictures Classics. It opens Friday, April 13th at the Angelika Film Center & Landmark at 57 West in NYC and at The Landmark in Los Angeles, before going national in the coming weeks.

[30 mins. 55 secs.] Next up, half the filmmaking team behind the new documentary, I Am Evidence, Trish Adlesic is in this segment. The film, which premieres on HBO on Monday, April 16th 8PM, tells the story of four survivors whose rape kits went untested for years, following them as they navigate their way through the criminal justice system and learn that so often, the system is broken.

Last up, a conversation from SxSW 2018 in Austin, Texas, I’m joined by some of the director and two cast members from a new dramatic film called All Square. Joining me is filmmaker John Hyams along with two stellar actors: Isiah Whitlock, Jr., (Pete’s Dragon, Cedar Rapids) and the legendary Harris Yulin (“Doc”, Scarface). Hyams’ film is about a down-on-his-luck bookie (Michael Kelly) who befriends an ex-girlfriend’s son and begins taking bets on his little league games, creating chaos in the community. The film also includes Pamela Adlon & Josh Lucas among its outstanding cast. We’ll be keeping up with  All Square as it continues its trajectory. 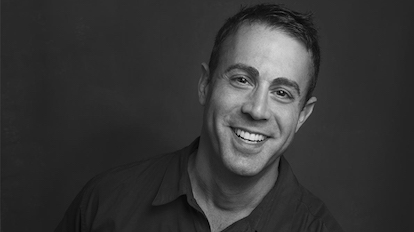 [2 mins. 48 secs.] The host of an exceptional podcast, Criterion Now, Aaron West is the first guest. I was recently on an episode of Aaron’s podcast and then he returned the favor. The podcast is a great one-stop spot for all your Criterion news, with great conversations by some of the geekiest cinephiles around […] 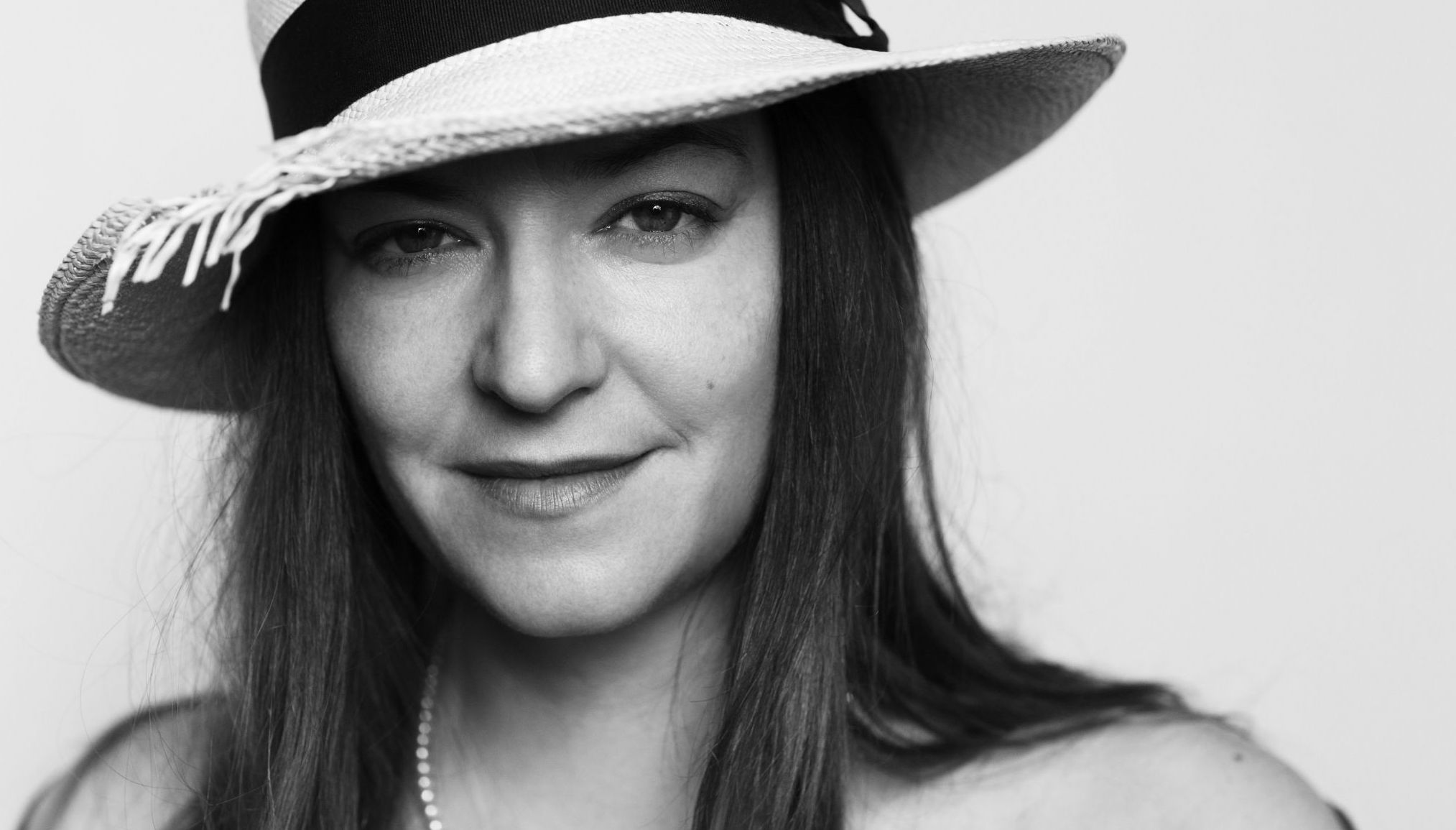 [4 mins. 10 secs.] Filmmaker Lynne Ramsay (Ratcatcher, We Need to Talk About Kevin) makes her first appearance on the podcast. Her latest film, which stars Joaquin Phoenix and which is being distributed by Amazon Studios, is called You Were Never Really Here. A traumatized veteran (Phoenix), unafraid of violence, tracks down missing girls for a living. When a job spins out of control, Joe’s nightmares overtake him as a conspiracy is uncovered leading to what may be his death trip or his awakening. The film opens Friday, April 6th. Check the official website for details about local listings. Filmwax friend Zefrey Throwell sits in during this segment and contributes some questions.

[30 mins. 52 secs.] Then, Filmwax Radio friend Joe Berlinger returns to the podcast for his third visit. Joe has curated a series of screenings at the Full Frame Documentary Film Festival in Durham, South Carolina (4/5—4/8) on the subject of True Crime. The film block is called Crime & Punishment and includes a number of Berlinger’s own films as well such classics on the subject as Titticut Follies, In Cold Blood and The Thin Blue Line.

Music on this episode is from the new album Walk Like a Stranger by the musical artist Escondido, currently available where music is sold and streamed. 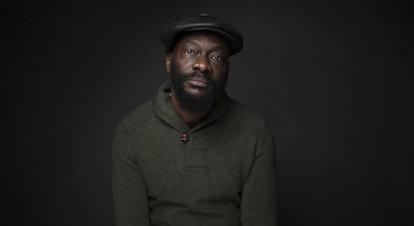 [3 mins. 41 secs.] Andrew Dosunmu returns to the podcast. He was last on Episode 161 with his previous feature Mother of George. He’s back with a new feature called Where is Kyra? which premiered at Sundance last year and which stars Michelle Pfeiffer & Kiefer Sutherland in very different roles. Pfieffer plays Kyra, a fragile woman who is already stressed from a fast-paced world when her mother dies and she must find a means for survival while hiding her struggles from her new boyfriend (Sutherland). The film will have a theatrical engagement at the Quad Cinema in NYC beginning Friday, April 6th as well as other cities. Check your local listing for further details.

[38 mins. 21 secs.] I saw Andrew Haigh’s Lean on Pete at SxSW last month. We were lucky to talk to Andrew (Weekend, 45 Years) while in Austin as well as his lead actor, Charlie Plummer (King Jack, All The Money In The World) and my colleague Zefrey Throwell. Charley (Plummer), a teen living with his single father, finds work caring for an aging racehorse named Lean On Pete. When he learns Pete is bound for slaughter, the two embark on an odyssey across the new American frontier in search of a place to call home. The film, which is being distributed by A24 and which opens on Friday, April 6th, also stars Steve Buscemi, Chloë Sevigny & Steve Zahn in supporting roles.