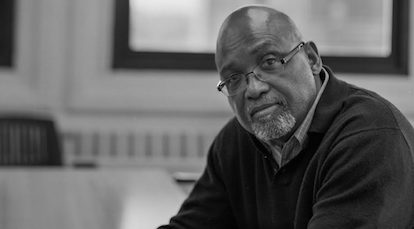 [8 mins. 15 secs.] Returning to the podcast for her second visit, director Lynn Shelton; Lynn was was last on Episode 160.  On this episode the Washington State native discusses her latest project, a drama called Outside In which stars Edie Falco & Jay Duplass (who is also credited as co-writer). The film, which is being distributed by The Orchard and which opens tomorrow, Friday, March 30th at the Quad Cinema in NYC and at the Laemmle Noho 7 in Los Angeles, is about an ex-convict (Duplass) who tries to readjust to life in his small town and forms an intense relationship with his former high school teacher (Falco). The film had its world premiere at the 2017 Toronto International Film Festival and recently had its US premiere at SxSW where I saw it. Lynn will be at the Quad where, following the 7:10 Friday night screening, she will do a Q&A moderated by Ira Glass. Outside In will go on digital platforms beginning April 3rd.

[41 mins. 17 secs.] Then filmmaker Sam Pollard returns for his third visit to the podcast (he was on Episodes 232 & 382) to discuss three —count ’em THREE!— new documentaries, including Acorn and the Firestorm (which he co-directed with Filmwax Radio friend Reuben Atlas), Sammy Davis Jr.: I’ve Gotta Be Me, and Maynard. The former of the three, Acorn and the Firestorm is about to have a theatrical engagement in NYC at the Metrograph Theater, beginning on Friday, April 6th. When two young conservatives posed as a pimp and a prostitute in a sting to expose ACORN’s business practices, it was a harbinger of the current political climate of fake news and intractable partisanship in politics. 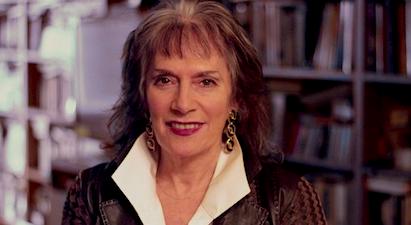 Film scholar, author, professor and interviewer Annette Insdorf, is the guest. Insdorf has a new book called “Cinematic Overtures: How to Read Opening Scenes” published by Columbia University Press. She will also be hosting the next installment of her interview series, Reel Pieces, at the 92nd Street Y, a conversation with actor Andie MacDowell on Wednesday, March 28th, 7:30 PM. Some tickets are still available. 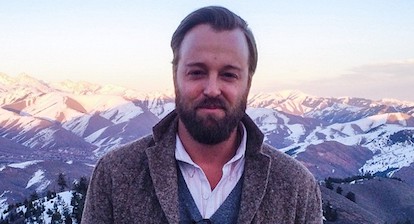 Actor & filmmaker Joshua Leonard (The Blair Witch Project, Humpday) is in the latest Steven Soderbergh film —a thriller shot on an iPhone— called Unsane. The film stars Claire Foy who plays Sawyer Valentini, a young woman who relocates from Boston to Pennsylvania to escape from the man who’s been stalking her (Leonard) for the last two years. While consulting with a therapist, Valentini unwittingly signs in for a voluntary 24-hour commitment to the Highland Creek Behavioral Center. Things only get creepier from there. The film, which is being distributed by Bleecker Street Media and Fingerprint Releasing, opens this Friday, March 23rd in NYC and LA.

Then indie filmmaker Mike Ott (Actor Martinez, Littlerock) calls in from Berlin to discuss his particular style of filmmaking, and his love of movies.

Music on this episode of the podcast is by the artist Bonomo from his album Phases. Please check out his website to learn more about this exceptional artist and how to purchase his music. The tracks include Home, Water, and Baby’s Alright. 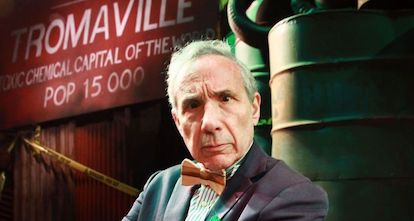 Lloyd Kaufman co-founded Troma Films with Michael Herz back in 1974. Troma is now the longest operating indie film studio in existence. I first got the notion to invite Kaufman on to the podcast when I saw him speak at the opening night festivities of the Queens World Film Festival back in 2011 where he accepted an award. Since than we’ve feuded extensively over Twitter. But for the sake of our mutual audiences we decided to lay rest to the Toxie/Waxie wars and come together for a follow-up conversation lo these past 5 1/2 years. You can hear Lloyd way back on Episode 56 where we recorded his first appearance at his Manhattan home. But in the 400 episodes that have elapsed, Kaufman has only gotten crankier and funnier as he continues to disrupt the worlds of film & media.

Incidentally, the 8th annual Queens World Film Festival is taking place right now. Tickets are available for many of the screenings that will continue to run through the 25h of March. Please check it out and support great local film festivals like this one! 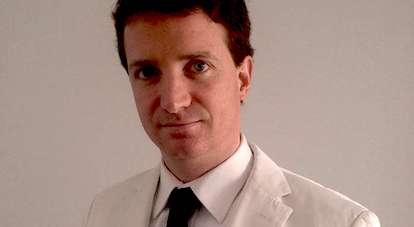 Grady Hendrix is an American author, journalist, public speaker, and screenwriter known for his best-selling 2014 novel Horrorstör. Hendrix lives in Manhattan and was one of the founders of the New York Asian Film Festival.

Then author Scott Eyman discusses his latest book, Hank and Jim: The Fifty-Year Friendship of Henry Fonda and James Stewart (Simon & Schuster, 2017). Scott is the author of a series of award-winning biographies; this book is more of a dual biography & a special look at a life-long friendship between two iconic actors. 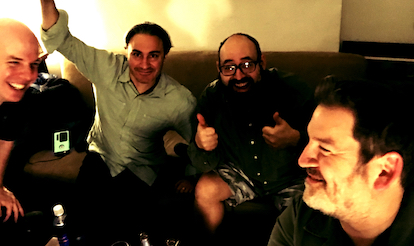 This is a roundtable discussion on the subject of filmmaker Paul Schrader. Among the 4 film nerds are yours truly, host Adam Schartoff, filmmaker Jeremy Workman, host of the popular podcast Wrong Reel, James Hancock, and podcast savant Chico Leo.

Aside from being the founder of the movie trailer company, Wheelhouse Creative, Workman is a filmmaker in his own right. His latest documentary, The World Before Your Feet, has its premiere this week at SxSW. 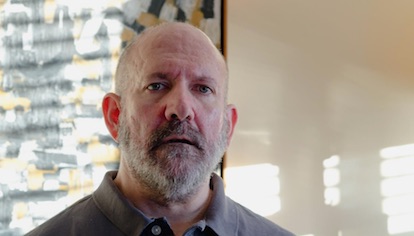 [8 mins. 18 secs.] The author of several books on the subject of Hollywood, Ed Sikov, is our first guest. In additions to his biographies on Bette Davis and Peter Sellers, Ed has recently written a new afterward to his highly regarded biography of Billy Wilder, On Sunset Boulevard: The Life & Times of Billy Wilder (University Press of Mississippi, 1998). In this great conversation Ed and I discuss Wilder’s life and times at some length.

[1 hr. 11 mins. 55 secs.] The filmmaker Joseph Lingad has recently launched a Kickstarter campaign for a very worthwhile subject, a documentary called Don’t Look Away: A Film about Adults with Facial Differences. This documentary follows the daily lives and experiences of several adults with facial differences, usually described with pejorative terms like facial deformity or disfigurement. Check out the campaign, the video and this conversation; then consider joining the community around this great project.

Music on this episode is presented by The Kills from their album Ash & Ice. 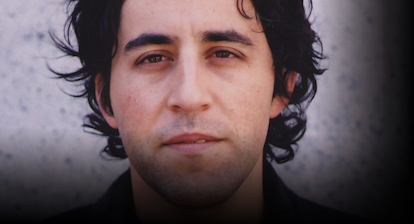 [3 mins. 52 secs.] In the first segment, Debra Zimmerman of Women Make Movies joins me for a nuanced conversation about the organization which has been around for 40 years. Zimmerman has been the Executive Director of the non-profit NY based social enterprising organization that supports women filmmakers since 1983. During her tenure it has grown into […]