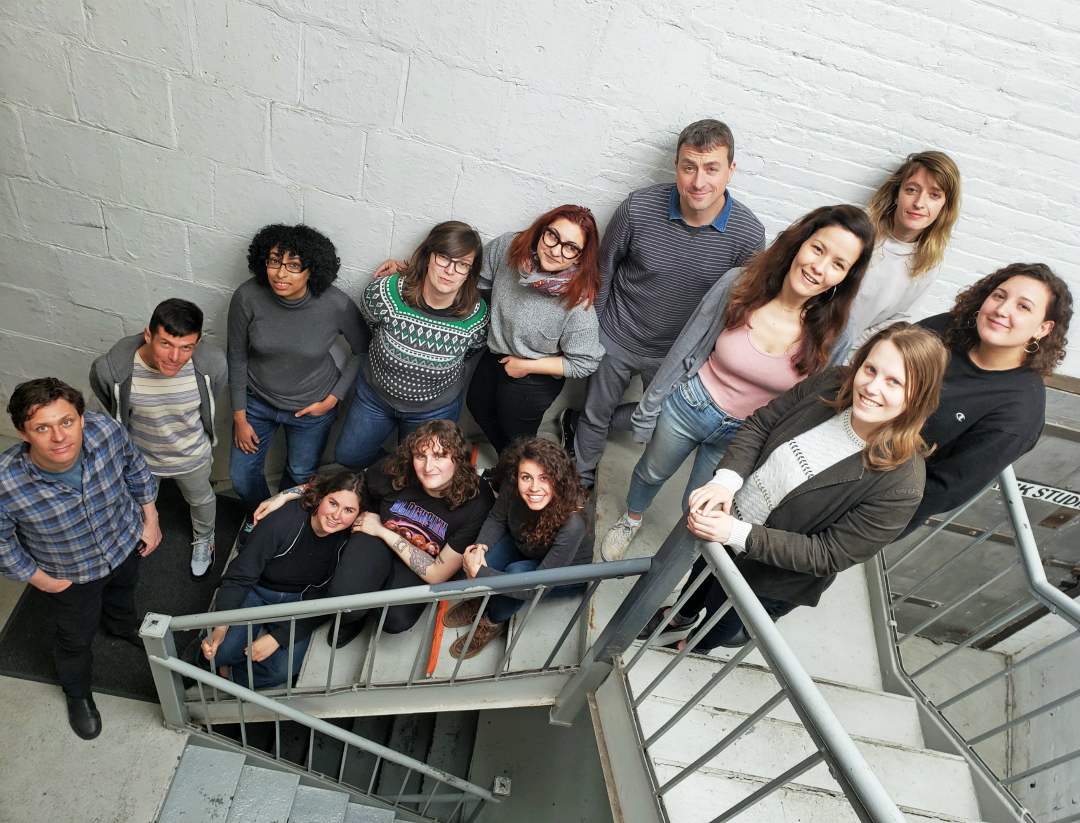 Dan Nuxoll grew up in Queens and attended Stuyvesant High School in Manhattan, later moving on to Vassar College. Following his return to New York in 1997, Dan began working with Rooftop Films and became full-time Program Director of Rooftop Films in 2002 and was named President in 2020. The programming for Rooftop Films has received increasing acclaim over the last years, and Dan has curated and organized events across North America and Europe. Dan has expanded Rooftop’s search and acquisition of stunning new venues, helped to expand their event production, rentals and sponsorship divisions, and has managed partnerships with the Academy of Motion Picture Arts and Sciences, Sundance Film Festival, Tribeca Film Festival, Hot Docs, BAM Cinematek, MoMA, SXSW Film Festival, and he was instrumental in creating the Queens Drive-In and Brooklyn Drive-In in 2020 and in bringing the New York Film Festival to both of those venues. Dan also works as a writer, director, producer, composer and sound designer for films and theater, including work on the feature documentaries Kiss My Snake and Narrrowsburg and co-writing the off-broadway play Eat the Devil in 2019. Dan has served on film juries for SXSW, Slamdance, River Run, Doc NYC, IFFB, and the Denver International Film Festival, and has been named to Indiewire’s Influencers list as well as Brooklyn Magazine’s list of The 100 Most Influential People in Brooklyn Culture.

Maria moved to New York and joined the Rooftop team in 2014 as an intern! Over the years, she’s spent a predominant amount of her time watching, studying, and just plain thinking about cinema; ultimately, she came to the conclusion that independent film is her passion, and subsequently decided to spread the gospel of said passion as far as she possibly could. Originally from Illinois, she received her Master’s in Film Studies from the CUNY Graduate Center in 2017. Nine times out of ten, you can find her in a dark movie theatre, watching an obscure silent era gem.

Kate joined the Rooftop Films team as an intern in the fall of 2011 and wore many hats before becoming Operations Manager in 2014 — including event management, fundraising & membership, and social media. Born and raised in New Jersey, Kate studied Cinema Studies with a minor in French at NYU’s Tisch School of the Arts. During the summer, Kate can (occasionally) be found making your drink at the after-party. Or at the beach.

Kristen has a BA in Entertainment (marrying the studies of production and performance) from NYU’s Gallatin School, where she wanted to squeeze out as much knowledge as she possibly could during her time there (considering the preposterous amount of student debt she was racking up to afford it). She came to Rooftop following time at W Magazine, Out Magazine, and inside the halls of the McKittrick Hotel with Punchdrunk’s Sleep No More. She credits Julia Roberts for helping shape her into the rom-com savant she is today, and firmly believes that you should eliminate the term “guilty pleasure” from your vocabulary if you haven’t already.

John has a BA in English, which he has never regretted. When he isn’t designing and running shows for Rooftop, he enjoys writing, reading, and wowing his friends with his prowess at the NY Times Crossword. A veteran technician with Rooftop and a decade-long event hand, John comes to the Technical Manager role with years of experience and the ability to appreciate the sunsets & slight showers that always add a bit of charm to our wonderful outdoor series.

Lila is a theatre director and administrator from Washington, DC. She lived in Maine, Kentucky, Madrid, Cape Town, and Iowa before finally settling in Brooklyn. Before Rooftop, she worked with The Door, University Settlement, The Center for Mind-Body Medicine, Big Dance Theater, and Playing on Air. She holds an MFA from the University of Iowa and can be found directing new work and Chekhov plays when there’s no pandemic. Outside of work, she lovingly tends to her sourdough starter Jed, bikes around Brooklyn, and searches for new growth on her many plants. She also writes What’s On, a newsletter that helps audience members find exciting new theatre to see.

Nina began her journey on the stage, dancing. Post-theater, she landed in the New Mexican desert to read the Greeks (in Ancient Greek). She hasn’t been the same since. Now, in NYC, she splits her time between radio, film, and print as a multimedia curator & producer. When she’s not working on her juggling, she’s likely scheming in the land of word and sound.

Tae is from Bogotá, Colombia. She is currently pursuing a Master’s degree in documentary film at the National Autonomous University of Mexico, and works on the representation of drug trafficking in Hollywood films. She is interested in Latin American cinema, found footage films, and telenovelas. She loves watching movies outside of her apartment and likes to go dancing.