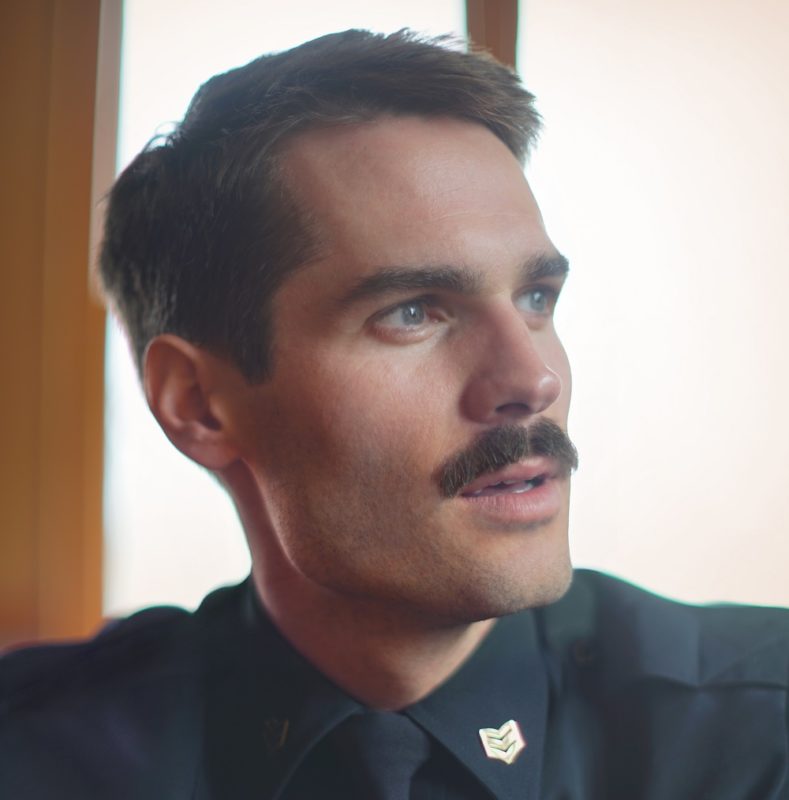 Officer Arnaud loved his mom. Based on the 2016 short film. Director/writer/star Jim Cummings in attendance!

An expanded, feature-length version of the Sundance Grand Jury Prize-winning dramatic short of the same title, Jim Cummings' "Thunder Road" tells the story of flawed police officer Jim Arnaud (also played by Cummings), who lives a shambolic life that's somehow made even worse by his mother's passing. His only stability comes in the shape of his daughter, Crystal (Kendal Farr), who he tries to father--amidst messy divorce proceedings with his estranged wife, Roz (Jocelyn DeBoer)--as best as he can.

'Centauro" is a Greco-creole western set among the palm trees and the digital antennas of the soy-producing Argentine Pampas. When the bad gaucho summons the spirit of his dead brother, the drama is unleashed and violence emerges in the shape of a riding crop-knife the horse-man carries. The centaur, just like the gaucho, is a myth, but an interrupted myth that was lost far away and long ago. Only that this story occurs nearby and in more recent times.

Champagne Superchillin is a tres bon cocktail of eccentric garage, retro chic French pop, coquettish jazz and sleek new wave. This band’s coup de grace is their knack for shakin’ and stirrin’ up a good soirée; the kind you can drink and dance to in your most expensive dress or suit without fretting about the resulting stains of wine. Let the bubbles take hold!

7:30 PM
Doors Open
8:00 PM
Live Music from Champagne Superchillin
8:30 PM
Film Begins
10:00 PM
Q&A with Jim Cummings
No refunds. Seating is first come, first served. In the event of rain, show will be rescheduled. No outside alcohol is permitted. After-party admission is by invitation only.