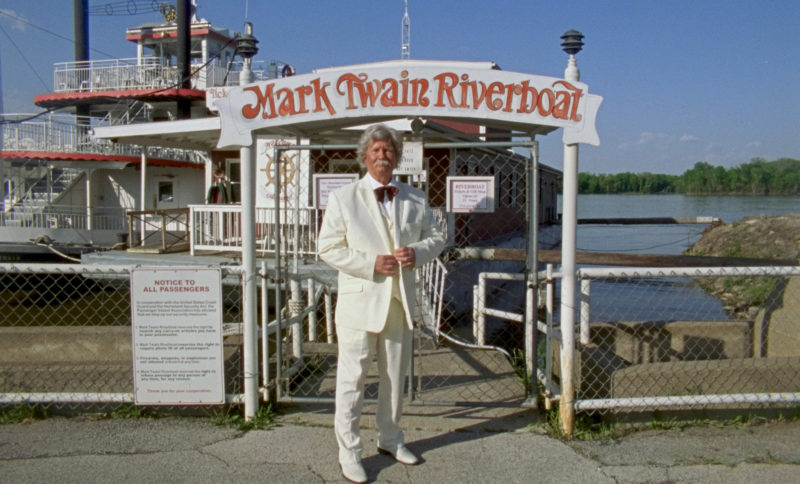 Float down the winding Mississippi with short cinematic travelogues exploring the preoccupations of the Delta.

“One cannot bar [the Mississippi River’s] path with an obstruction which it will not tear down, dance over, and laugh at.”
― Mark Twain, Life on the Mississippi

In 1803, the Louisiana purchase ushered in a period of westward expansion that would become fundamental to establishing the American identity. 216 years later, the great river acquired in that deal remains the spiritual headwaters of American culture. This program of new short films features snapshots of modern life along the storied waterway: traveling down the river, one man explores the politics and fascinating mechanisms of how a river is used and by whom; in a gentrifying ward of New Orleans, Mardi Gras Indians celebrate their Indigenous and African heritage in elaborate Fat Tuesday spectacles; a new enrollee at a school for Lost Boys must overcome bullying to find himself; and online, YouTube creationists muddy the waters of anthropocentrism. Through all the films, the Big Muddy keeps flowing, fertilizing and reflecting the soul of America: the good, the bad, the feathered, and the sublime.

Life on the Mississippi

An essay film about a river and the limits of knowing it. Using Mark Twain’s Life on the Mississippi as a road map, Brown travels along the Mississippi River from Memphis, Tennessee to New Orleans and considers ways that river pilots, paddlers, historical re-enactors, and civil engineers attempt to know the river through modeling, measurement, and simulation. Along the way, Brown attempts to survey the river and the landscapes and land uses along its banks as a visible expression of economic transition, political polarization, and environmental change.

Little Lower Than the Angels

The Found Footage Film explores the relationship between religion and speciesism. The main focus is on the numerous Youtube representatives of creationism and the idea that man is the undisputed pinnacle of creation. The experimental film collage moves between old and new worlds of images of religious clients and questions the reasonableness of anthropocentric beliefs.

Elizier, an emotionally-dejected new enrollee at The Edward R. Mill School for Lost Boys, must overcome memories of a tragic past and the present hazing by his peers in order to tackle larger issues dominating his young life.

All on a Mardi Gras Day

In a gentrifying New Orleans, Demond sacrifices to be Big Chief in a secret 200-year culture known as Mardi Gras Indians: African-American men from the city’s roughest neighborhoods who spend all year sewing feathered suits they’ll wear only once, in a battle to decide who’s “the prettiest.”

Frog are a two person guitar band from the swamp in Queens, NYC. They issued their self-titled debut mini-album Frog on Brooklyn's now defunct Monkfish Records which Gold Flake Paint called "The best American guitar record of the year. Seriously. It's like every cult band from the past decade bottled into half an hour of music." The duo returned in 2015 with their highly acclaimed sleeper hit debut LP Kind of Blah on Audio Antihero Records, which they followed up with a tour of the UK (later documented in the 2018 film Kings of Blah). In November 2018 they issued their long awaited follow-up Whatever We Probably Already Had It mini-LP on Audio Antihero. The swamp is everything.