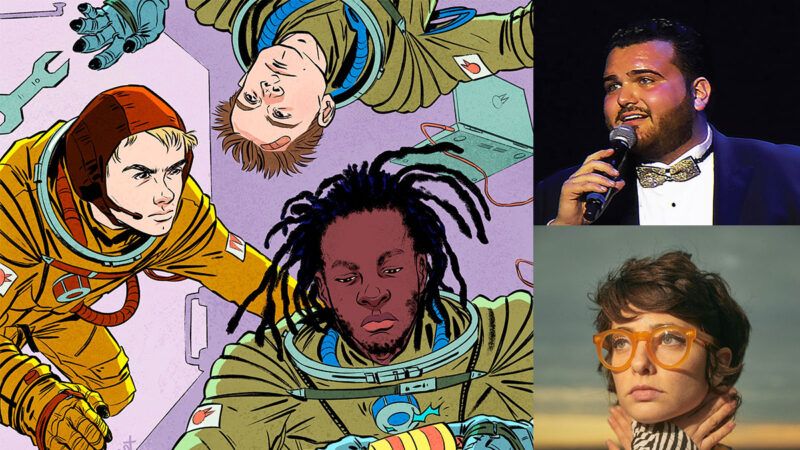 SummerStage is back in 2022! Live performances from Black Midi, Sal Valentinetti, and Alisa Ali, hosted by SNL‘s Sarah Squirm — preceded by a screening of Jennie Williams’ short film Nalujuk Night, programmed by Rooftop.

Black Midi’s live performances are notoriously as exciting as they are dramatic. They remained mysterious for the first years of their existence that preceded their Mercury Prize-nominated debut LP Schlagenheim, eschewing press and social media in favor of building word-of-mouth at their raucous live shows. Their latest album, last year’s Cavalcade, doubles down on their anything-goes approach and takes it further—heavier, prettier, and more elaborate. Sal “The Voice” Valentinetti is a charismatic crooner that captivated the country with a stunning audition on America’s Got Talent, channeling a love for the lounge act vibes of Dean Martin and Frank Sinatra into an act as heartwarming as it is authentic. The show is hosted by New York City comedian Sarah Squirm, who’s been making waves as the newest cast member on Saturday Night Live.

Nalujuk Night is an up close look at an exhilarating, and sometimes terrifying, Labrador Inuit tradition. Every January 6th from the dark of the Nunatsiavut night, the Nalujuit appear on the sea ice. They walk on two legs, yet their faces are animalistic, skeletal, and otherworldly. Snow crunches underfoot as they approach their destination: the Inuit community of Nain.