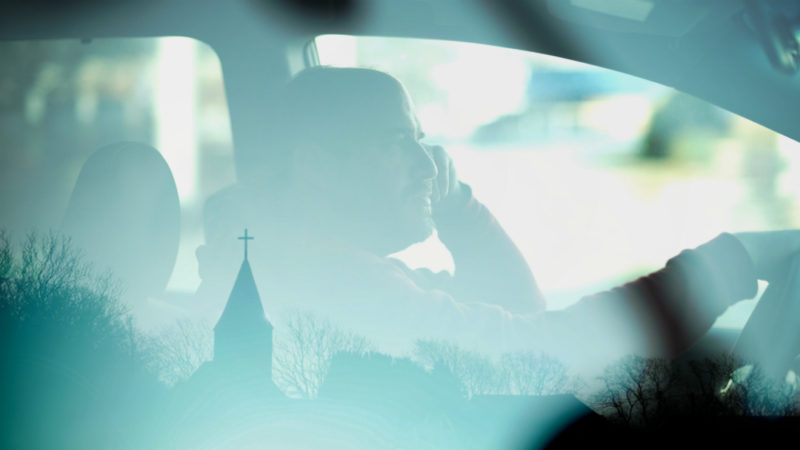 After renouncing his long-held Christian beliefs and walking away from his critically-acclaimed band, Pedro the Lion, musician David Bazan retreated into a solitary life of touring solo, struggling to rebuild his worldview and career from the ground-up, and to support his family of four. Strange Negotiations finds David a decade into his journey, during which he has become a sort of reluctant prophet to Americans reeling from their country’s own crisis of faith highlighted during the 2016 presidential election.

Los Angeles based New Zealander Emily Edrosa is a musician who’s built her name with an aversion to convention. Having achieved considerable acclaim over close to ten years as frontwoman for the multiple-award-winning power pop trio Street Chant, the band’s final release Hauora (Flying Nun Records, 2016) was awarded New Zealand’s prestigious Taite Music Prize in 2017. After winning the green card lottery, Emily made the decision to relocate her life to the West Coast and refocus her practice around her longtime solo recording project. Her first solo record since 2014’s self-titled EP, Emily’s new full-length paints a concise-yet-vivid picture of this transplanted existence. Another Wave is Coming was recorded and produced in the bedroom of her Eagle Rock home in-between restaurant shifts and performing in dark wave LA band Black Marble. Engineered by John Angello (Kurt Vile, Waxahatchee), its dozen songs span sonic territories that suggest both an organic progression from Emily's earlier material and a polymathic grasp of style and texture. Touchpoints range from the mythical Manchester scene of the late-70s, to the similarly legendary Pacific Northwest of the mid-90s. Pointing to specific references feels like an implicit understating of the record's creativity – results throughout are far greater and more adventurous than by-numbers approximations of their forebears. Speaking to universal yet unmistakably contemporary themes that range from the disorientation of transporting a life across an ocean, to the struggle of maintaining a healthy relationship under the crushing terms set by late capitalism, all communicated in a voice that's assuredly her own, Another Wave is Coming is an oft-relatable yet always deeply personal record of a life lived in a world where little feels more certain than uncertainty.