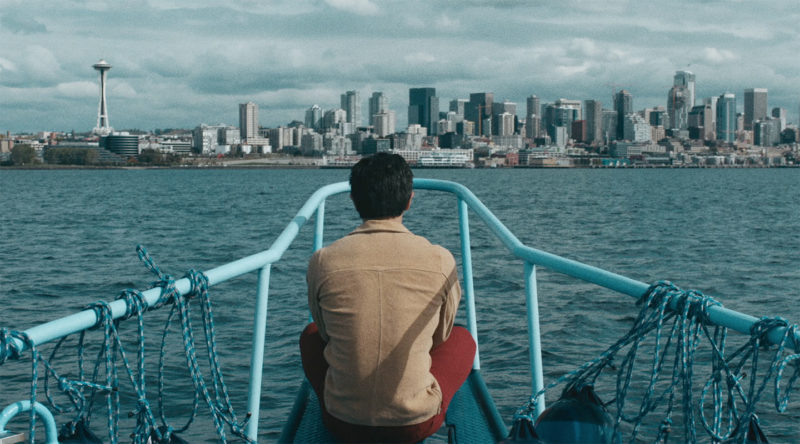 Short Films from the Emerald City, presented by Visit Seattle

If late July in sweltering New York City has you thinking about getting away, take a cinematic journey to the Pacific Northwest in this new program of short films from Seattle. We have everything you want from the city: a eulogy for Jimi Hendrix, Sasquatches, Space Needles, Seahawks and a whole lot more that you probably didn’t know you were missing, including live music and culinary delights from the Pacific Northwest. Adventure awaits you! Includes the films of Project Five by Five, a celebration of Seattle in five unique short films by prominent filmmakers that show, in a sensorial way, the rich texture of Seattle.

Bruce Lee’s relationship with Seattle inspires this short: a fictionalized account of a brief moment in his life when he felt isolated, frustrated and restless. But the sight of the of Seattle’s skyline from his boat on the Puget Sound reminds him how to find his balance, and allows his mind to once again be as fluid as water.

A fisherman experiences a moment of connection with a humpback whale in the waters of the west coast of the United States. Is this an example of inter-species communication or a mysterious fluke? This true story is retold in paint on a 16 foot high wall with the help of the passing public in Seattle’s Cal Anderson Park.

Watching his neighbors navigate the treacherous waters of young love, George is moved to look at his marriage of thirty years.

Seattle has a unique relationship to its natural surroundings. This short explores the process of harnessing the purest parts of Seattle and follows them on a journey from farm to counter, where a ferry ride plays an integral role in bringing delicious experiences to the people of Seattle.

Dave Groh, a cab driver who dresses like Elvis, finds himself not only in a battle with the city of Seattle but also the dark side of Elvis.

In this short, we move from the raw beauty of towering trees to the myriad ways Seattle dwellers and visitors alike can experience the transformed forest with their own hands. While the city’s skyline is iconic, the forests were Seattle’s first skyscrapers and are the featured players in this quiet portrait of a green city.

Last Refuge of the Troublemaker

In the Pacific Northwest, communities are surrounded by majestic trees, which can become a way of life and essential to their livelihood. Meet Steve Backus, a second-generation woodcarver who is equal parts lumberjack, artist, and troublemaker.

Scent of a Sasquatch

Did you know the Sasquatch is the unofficial mascot of Seattle? Watch as her excellent sense of smell guides her on a tour of all the city has to offer, from breweries and coffee roasters to shorelines, forests and wildlife, in this animated short.

An experimental documentary homage to pinball produced for the 2012 International Doc Challenge in five days.

Every Tuesday night during summer in Seattle, Duck Dodge takes over Lake Union. It is a sailboat race that has been running for 38 years now and prides itself on its vinyl ducks, loyal racers, and themed nights. On "Prom night" the sailboat Salsa and it's crew compete for the treasured golden duck.

Jimi Could Have Fallen From The Sky

This short is the unauthorized, heavily abridged, biographical, visual and supersonic moment about the fact that Johnny Allen Hendrix (aka Jimi Hendrix) knew how to skydive. Set in Seattle where Jimi was born and raised, the film wonders aloud about what this skill meant for the life he went on to lead. Why did he retreat to the sky so quickly before all of us were ready for him to go?

t's been a year of intense creativity and many personal changes for the leader of the Seattle-based band, Ayron Jones And The Way. Their new album "Audio Paint Job" will be JUNE 2nd, 2017. The chemistry of Jones, Ehssan Karimi (drums) and Bob Lovelace (bass), truly exemplifies the euphoria and pain throughout the creative process of making an album. Called the "future of rock" by Sir Mix A Lot, this album is building an unstoppable inertia that is absolute."Audio Paint Job is a title that has multiple meanings for me," Ayron says. "It's a story about my mental and spiritual transformation through music." That internal movement can be found in the dizzying array of styles and sounds through the album's confessional narrative arc. Whether it's a ferocious heavy rock or honeyed nuanced ballads. Audio Paint Job evokes a wide range of expression in songs that Jones feels will speak to the diverse musical taste of the current times.

7:30 PM
Doors Open
8:45 PM
Films Begin
10:00 PM
Filmmaker Q&A
10:15 PM
After-Party with Live Music by Ayron Jones. Sponsored by Visit Seattle, Tanqueray, Freixenet and Fever-Tree Tonic
***A limited amount of tickets will be available at the door. ENTRY IS NOT GUARANTEED***
In case of rain, the screening will be held indoors at the same location. No outside alcohol is permitted.