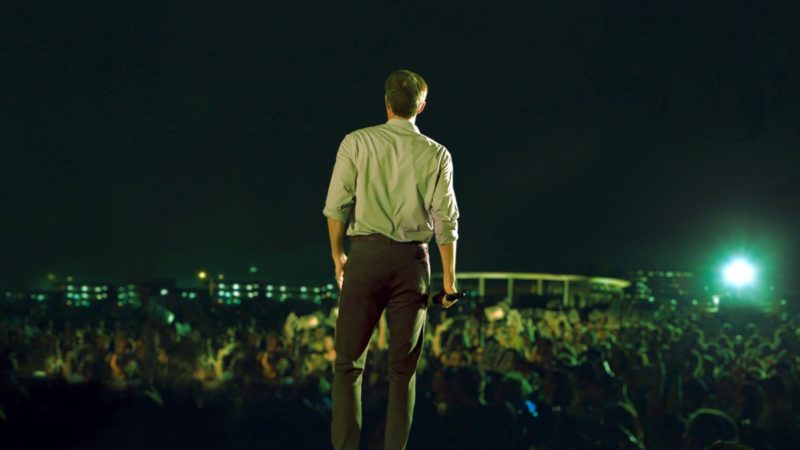 This behind-the-scenes HBO documentary follows Beto O'Rourke's rise from virtual unknown to national political sensation as he barnstorms across Texas in a bold attempt to unseat Ted Cruz in the US Senate. Embedded with O’Rourke for the final twelve months of his campaign, Running with Beto follows the rising star’s journey in real time through intimate access with the candidate, his family, and a team of political newcomers who champion a new way of getting to know a candidate — one Texas county at a time. Modigliani reveals the challenges and triumphs of an unconventional campaign as Beto navigates an onslaught of negative advertising, inevitable strain on his family, and the pressure of delivering for legions of supporters. This film is creatively and financially independent from Beto O’Rourke and his campaign. An HBO Documentary Films release.

The autumns of teenage years often pass unhurried, like a languid river, unaware of its eventual violent end down a crushing waterfall. In this metaphor, Las Rosas are three shed leaves, floating and bobbing on the water's surface, edging closer to the muddy banks, then climbing out of the water, walking along the road on their little brown stems, piling into their sea-foam-green van, driving away, and releasing "Flower in the Sun" and "Ms. America" (Dizzybird Records 2015). They're the little leafs you see driving around the USA, playing rock shows far and wide, with their little guitars and drums. No autumn leaf, if you bothered to check, ever stops moving. Christopher (the birch leaf) plays the drums, even with a broken hand, when he needs to. Jose A is the red leaf of a Japanese maple and not a picky eater, except when it comes to sweets. He plays bass and shares a first name with singer Jose B, who incorporates lead guitar-playing with mixed results-- he is the needle of a long-leaf pine.