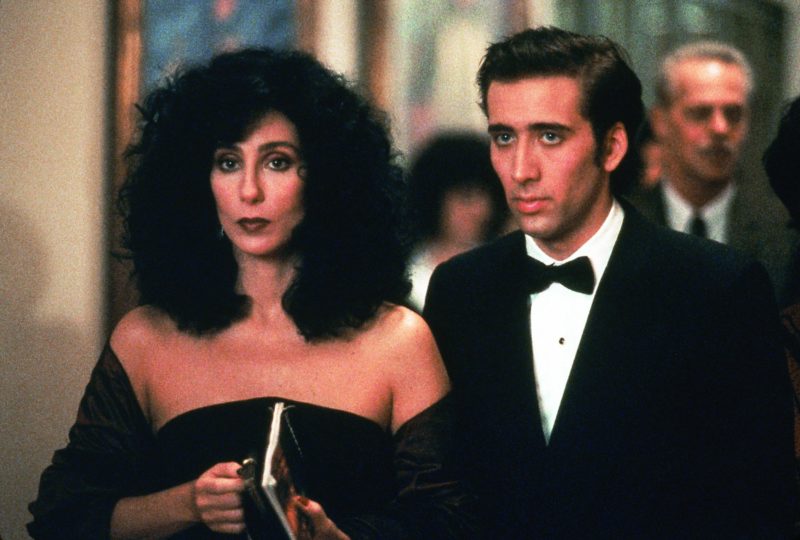 A night of romance and sweet lovin’: the classic rom-com Moonstruck preceded by the Rooftop centerpiece program Love Is Short (Films).

A young Brooklyn widow falls for her fiancé’s brother in the iconic romantic comedy that won Cher an Oscar.

Preceded by the Love Is Short (Films) program: stories of wayward loves and unexpected romantic entanglements that Loretta Castorini and Johnny Cammareri might appreciate.

With Cher, Nicolas Cage, Olympia Dukakis, Vincent Gardenia, Danny Aiello. One of the most magical romantic comedies of all time, Moonstruck stars a revelatory Cher in her Oscar-winning role as Loretta Castorini, a young Brooklyn widow who is supposed to marry Johnny Cammareri (Aiello) but falls for his brother Ronny (Cage) instead. At the same time, her cynical mother, Rose, unforgettably played by Olympia Dukakis (who also won an Oscar), is dealing with her own romantic complications. Fueled by an Academy Award–winning screenplay by playwright John Patrick Shanley, Moonstruck endures as a quintessential New York love story.

A woman taking the subway home after her 30th birthday party has a run-in with a creep, and finds an unlikely ally in a knight in armor.

Sexual signalling and suburban myth; what does your front garden say about you? Plants were used in 1970s British suburbia to send seductive signals to neighbours or so rumour has it. A hybrid documentary exploring the truth in the botanical myth; what went on behind closed curtains? A look at sexual signalling, female desire, subcultures, and suburban legend.

An ode to the art and music of El Barrio, this poetic film celebrates joy in the fear of displacement and the solidarity between friends DJ Bembona, poet Maria Fernanda, and filmmaker Zelene Pineda Suchilt.

Who Can Predict What Will Move You

Two boys caught in a rivalrous relationship spend one last night together in Brooklyn.

This video was produced by members of the Alan J. Friedman Center for the Development of Young Scientists | US | 5

Learn from a NYSCI Explainers how to use everyday materials to project your movies large scale.

7:00 PM
Doors Open & Pre-Show Begins
8:00 PM
Films Begin
All Queens Drive-In attendees will need to enter via the 111th Street/49th Avenue entrance to the New York Hall of Science. There will be no access from the Grand Central Parkway. Please take the Long Island Expressway to the 108th Street exit, and take local streets to the entrance for all vehicles on 49th Avenue and 111th Street. Signs and staff members will direct you to the Drive-In upon arrival.