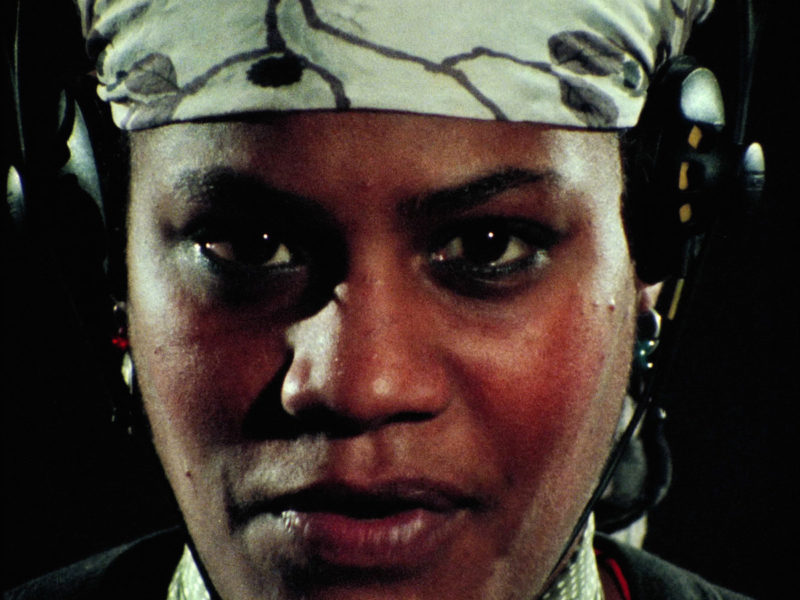 The essential ’80s feminist sci-fi indie—an all-out attack on the patriarchy that’s lost none of its sting.

$35; one ticket admits one car

The essential ’80s feminist sci-fi indie—an all-out attack on the patriarchy that’s lost none of its sting.

Preceded by the Women’s Work program: spunky short films by women that highlight the strenuous work of life and labor.

Set in a near future landscape that looks a lot like downtown New York in the late ’70s and early ’80s, Born in Flames is a landmark of American independent cinema and a groundbreaking, exhilarating work of feminist agitprop. In Lizzie Borden’s ragged but visionary portrait of a rising insurgency against an incumbent oppressive political regime, two opposing all-female groups come together to form a true Women’s Army. Prescient in its depiction of the movement towards an environment of racial, sexual, and queer diversity, Born in Flames is a brave and brilliant cinematic experiment in social progress. Preserved by Anthology Film Archives with restoration funding by The Hollywood Foreign Press Association and The Film Foundation. Laboratory services by Video and Film Solutions and Audio Mechanics. Presented as part of the MoMI series See It Big! The Future Is Now.

Blondie’s Debbie Harry endures years of superficial, tedious, and demeaning questions from journalists until she devises a brilliant way to turn interviews on their head.

Abigail Goldman spends her work days as an investigator for a public defender’s office in Washington state, helping people who are seriously in trouble—which can mean hours of staring at grisly pictures of crime scenes, visiting morgues, even observing autopsies. By night, she dreams up gruesome events, which she then turns into tiny, precise dioramas. Rife with scenes of imminent death and brutal dismemberment, the fruits of Goldman’s painstaking labor would be adorable...if they weren’t so disturbing. In this new documentary short, we follow along as Goldman brings her miniature worlds of murder and mayhem to life with tweezers, paint, and resin, and meet the people who just can’t get enough of her twisted visions—where the final touch is always, in the artist’s words, “two or three brushstrokes of red paint.”

A politically charged music video performed by STEFA*, who questions whether love is possible under an authoritarian regime.

A poetic meditation on women's work and the dreamlife of ants set to the words of Toni Morrison.

An absurd comedy about a woman who examines her relationship with a man she has just started seeing in depth, and begins to explore her own misogyny, fantasies about having a penis, and hatred for traditional gender roles.

Something to Remember (Något att minnas)

A lullaby before the great disaster. Two pigeons visit a zoo without animals, a snail measures his blood pressure at the doctors, in the CERN laboratory something has gone terribly wrong. Six moments from our time, like memories of the world we leave behind.

Go ahead and torture yourself, if that’s what you want.

In a quiet Hungarian village, men gather to swill beer at the bar. Meanwhile, the women are busy at work, contributing their time to the mass production of sexual satisfaction.

Six women gear up to bike the snowy streets of New York City and explain why cycling in inclement weather is worth the risk.

7:00 PM
Doors Open & Pre-Show Begins
8:00 PM
Short Film Program Begins
9:00 PM
Q&A with Women's Work Filmmakers
9:15 PM
Born in Flames Begins with introduction by filmmaker Lizzie Borden
All Queens Drive-In attendees will need to enter via the 111th Street/49th Avenue entrance to the New York Hall of Science. There will be no access from the Grand Central Parkway. Please take the Long Island Expressway to the 108th Street exit, and take local streets to the entrance for all vehicles on 49th Avenue and 111th Street. Signs and staff members will direct you to the Drive-In upon arrival.

PLEASE NOTE: This film is not rated and may not be considered appropriate for younger audiences. Viewer discretion is advised.