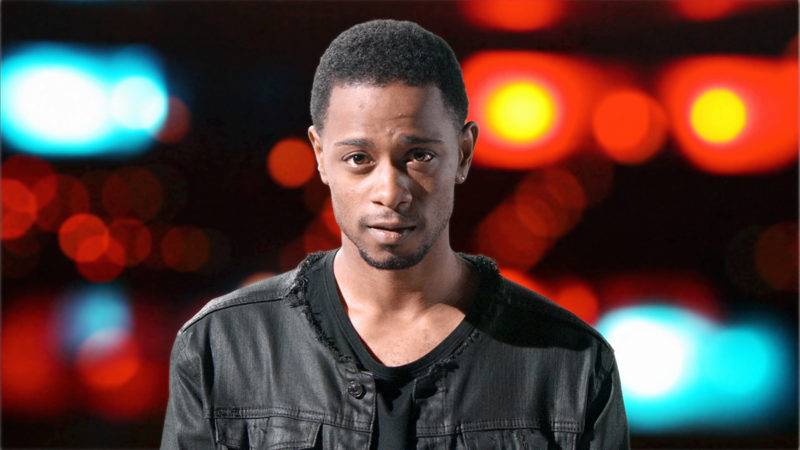 The eternal return of our short film collection of eerie existential thrillers.

It’s time for our annual program of bizarre and disquieting short films. Among these films you’ll find animated girls who lose things they can’t remember; documentaries about the steely gaze and distant reserve of drone pilots; and tragic fantasies about a pigeon from the father of alternating current. These films ask: Have you ever stepped on an anthill and not given it a second thought? If a foley artist falls in the forest, who will record it? Is it a nervous breakdown or the best set of your life?

Allen Anders is either having a nervous breakdown or the best set of his life.‘Found footage’ of Allen Anders famed 1987 performance at New York City's Comedy Castle offers a revealing window into the troubled comedian's psyche.

Two sound recordists are working on final mix of a short film. Will their sound be heard by someone? They remind us that the voices of the people are often neglected, same for sound in film.

"Find Fix Finish" delves into the accounts of three military drone pilots as they tell the intimate story of the lives they observe on a day-to-day basis. The voyeuristic ocular perspective from a military drone can reduce people to pixels on a screen and a certain de-contextualization is almost necessary to deal with the fact that people can be killed on a push of a button. “Have you ever stepped on an anthill and not given it a second thought?”

Early in the morning in a Japanese shopping center, a shopkeeper bends down, gets a crick in her back and can't stand up again. In order to help, her young employee decides to carry her across the shopping center. What could go wrong?

A young man takes his love for lizards to the extreme.

Ask your doctor if LaZercism is right for you!

A teenager riding home on her bicycle late at night becomes the object of predatory attention.

He wants you to bounce on his lap.

A girl who lost something important meets a rabbit.

New York, 1905. Visionary inventor Nikola Tesla makes one last appeal to J.P. Morgan, his onetime benefactor. "The Tesla World Light" is a tragic fantasy about the father of alternating current, inspired by real events such as the inventor’s run of bad luck as a businessman and his affection for a pet bird, which he loves “like a man loves a woman.” Tesla’s words to the banker form the backdrop of this moving film about the man who blended science and art in his attempts to create the utopia of unlimited energy for all.

Welcome is a stop motion animation about a man who tries to befriend his new neighbor by baking her cookies. It doesn’t go as planned.

NOIA (Gisela Fulla-Silvestre) was born and raised in Barcelona, the only daughter of her activist and intellectual parents. Her father was part of a clandestine Communist party that fought against the Franco dictatorship, often spending time in prison as a result. Her mother was a pioneer in the field of child psychology. Together they fought for democracy in Spain, instilling in Gisela a deep reverence for community along the way. In addition to revolutionary discourse, music was a constant in her home – Traditional Catalan, Rumba, Flamenco and French artists were regularly heard. Her young mind grew fixated on philosophy while her heart became obsessed with music.Having completed a degree in film scoring & sound design at Berklee, NOIA is now based in New York where she's developed a community of other obsessives who have pushed her to be as serious with her art as she is about her career. She took their advice and doubled-down on a body of work that captures her point-of-view on pop music.

8:00 PM
Doors Open
8:30 PM
Live Music by NOIA
9:00 PM
Films Begin
10:30 PM
Q&A
10:45 PM
After-Party sponsored by Corona Extra, Ketel One Family Made Vodka and Fever-Tree Tonic
Online ticket sales are now closed. You can purchase tickets for the courtyard screen at the box office starting at 7:00 PM. Roof seating is sold out. No refunds. In the event of rain show will be rescheduled. No outside alcohol is permitted.