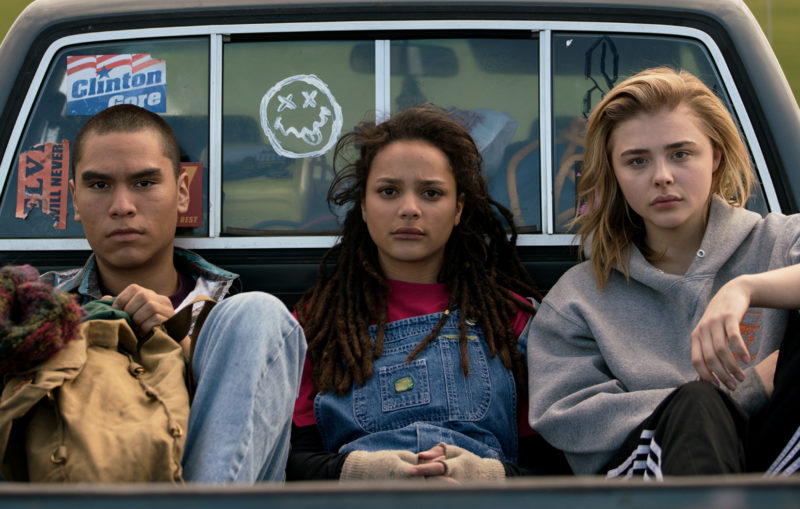 A band of teenage outcasts find true friendship after they are sent away to gay conversion therapy.

Cameron Post (Chloë Grace Moretz) looks the part of a perfect high school girl. But after she’s caught with another girl in the back seat of a car on prom night, Cameron is quickly shipped off to a conversion therapy center that treats teens “struggling with same-sex attraction.” At the facility, Cameron is subjected to outlandish discipline, dubious “de-gaying” methods, and earnest Christian rock songs—but this unusual setting also provides her with an unlikely gay community. For the first time, Cameron connects with peers, and she’s able to find her place among fellow outcasts. A FilmRise release.

Ah Mer Ah Su is the music project of interdisciplinary artist Star Amerasu, whose music and art is based upon her experiences living loud and proud as a queer, black, trans, woman. Her early work was influenced primarily by folk and choral music. Residing in Oakland, California, Star is a Poptronic Princess. She has graced international stages captivating audiences with her looped vocals and live electronic percussion in Europe, Australia and North America. Ah Mer Ah Su released her debut studio EP Eclipsing in March of 2016. She effortlessly blends her voice with intricate beats and twinkling syths. Her voice has been compared to Nina Simone, and her music is a synthesis of choir kid meets club kid and in a whole league of it's own, and in Early 2017 saw the release of her critically acclaimed 2nd EP Rebecca.