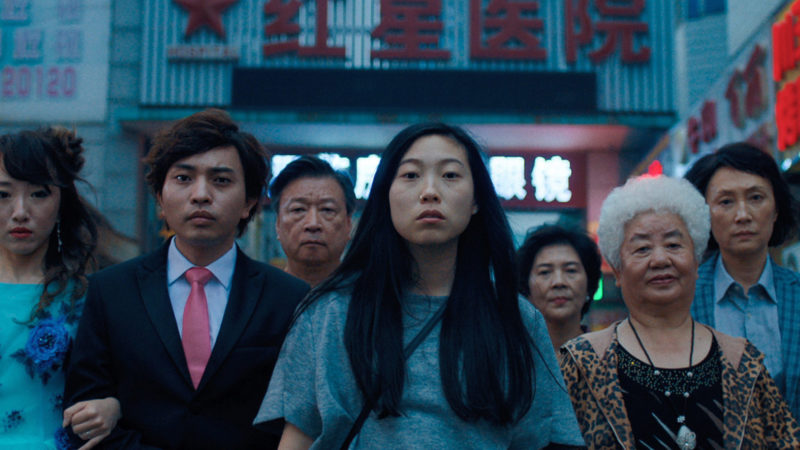 All February long, we’re partnering with our friends at Industry City for IC Pop-Up Cinema: free, adults-only screenings of some of the best films of last year. Join us on February 21st for Lulu Wang’s The Farewell!

All February long, we’re partnering with our friends at Industry City for IC Pop-Up Cinema: free, adults-only screenings of some of the best films of last year. Join us on February 21st for Lulu Wang’s The Farewell!

With Awkwafina, Tzi Ma, Diana Lin, Zhao Shuzhen, Lu Hond, Jiang Yongbo. Chinese-born, American-raised Billi (Awkwafina) reluctantly returns to her hometown of Changchun to find that, although her family knows that beloved matriarch Nai Nai has mere weeks to live, everyone has decided not to tell Nai Nai herself, gathering under the joyful guise of an expedited wedding. As Billi navigates a minefield of family expectations and proprieties, she finds much to celebrate: a chance to rediscover the country she left as a child, her grandmother’s wondrous spirit, and the ties that keep on binding even when much is left unspoken. Writer-director Lulu Wang’s poignant and hilarious The Farewell was a 2019 art-house hit, striking universal chords while remaining specific to the community and culture it explores.

7:00 PM
Doors Open
8:00 PM
Film Begins
RSVP is very much appreciated, but not required. This event is free, 18+ (21+ to purchase alcoholic beverages; no outside alcohol is permitted), and will take place indoors on the Factory Floor in BLDG 1 (entrance on 268 36th Street). Seating is first come, first served for all; RSVP does not guarantee entry.