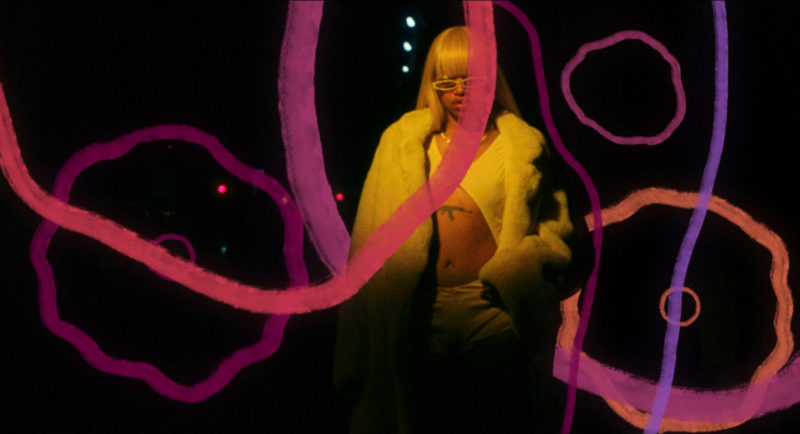 Goldie is a star – well, not quite yet, but at least in the eyes of her little sisters Sherrie and Supreme she is. The rest of the world is bound to take note soon too. Her big break surely awaits, she’s just got to pick up that golden fur coat she’s had her eye on first. And land a role as a dancer in a hip-hop video. And keep child welfare services from separating her from Sherrie and Supreme, after their mother is locked up. Holding onto those dreams isn’t easy when fate has placed such daunting obstacles in her path. With Goldie, Dutch director Sam de Jong has delivered a real New York film: raw and glamorous, unflinchingly realistic and relentlessly optimistic, with a ton of heart and at least as much attitude. A Film Movement release.

Dai Burger is a rapper / singer from Queens, New York - best known for her 2014 Mixtape IN YA MOUF’ which consisted primarily of Jersey Club and Bass music and featured her celebrated track Soufflé. Dai’s cavalier attitude towards sexuality has made her a champion of NYC gay community, earning her features in Pitchfork and the opportunity to play at MoMaPS1 alongside her partner-in-crime and longtime friend Junglepussy. In 2015, UK grime kingpin and frequent Danny Brown collaborator, Darq E Freaker tapped Dai for a feature on his single Choppin Necks, further garnering her support from a wide array of electronic music communities. Before creating her own music, Dai toured with Chris Brown and Lil Mama as a backup dancer, allowing her to heavily incorporate dance into her live show.

7:30 PM
Doors Open
8:00 PM
Live Music from Dai Burger
8:30 PM
Film Begins
10:00 PM
After-Party with DJ Tee Marie
No refunds. In the event of rain, show will be moved indoors. No outside alcohol is permitted.