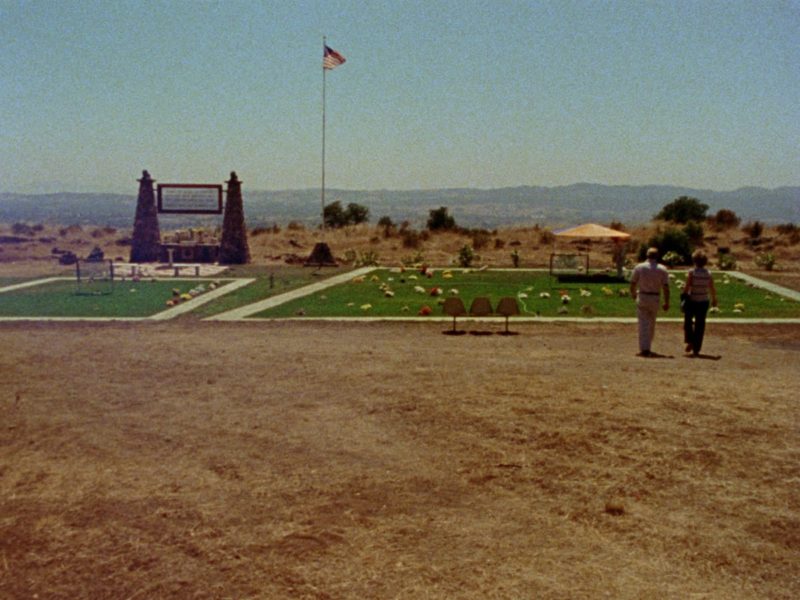 Online RSVPs are closed. You may RSVP at the box office starting at 7 PM!

Inspired by an article in the San Francisco Chronicle, "450 Dead Pets Going to Napa Valley," Morris's painfully funny first film chronicles the demise of one pet cemetery in Northern California and the fortunes of another. The owner of the bankrupt cemetery, a broke and brokenhearted man, learns that being compassionate is no way to run a business; his counterparts, the family that runs the successful cemetery, are a cross between 1950s sitcom and American Gothic. Gates of Heaven is a film about filling voids: those of empty graves and of lost loved ones; of dreams deferred and a gnawing sense of loneliness, failure, and mortality often too painful to acknowledge; even of the oppressive silence Morris maintains as an interviewer to compel his subjects to talk.

Filmed in a purgatorial Grand Central Station in 1969, Standish Lawder's now-classic Necrology is "without a doubt, the sickest joke I've ever seen" (Hollis Frampton)

Dean Cercone is a Brooklyn based musician, visual artist and co-owner of the Glove who was raised in the lush valleys and hills of rural Renfrew, PA and the blue collar working class city of Pittsburgh, PA. A broad range of musical genres from calypso to country western inform the 10 plus lofi albums that Cercone has self recorded since 2006.

7:45 PM
Doors Open
8:30 PM
Live Music from Dean Cercone
9:00 PM
Films Begin
10:30 PM
After-Party
In the event of rain, show will be rescheduled. No outside alcohol is permitted.