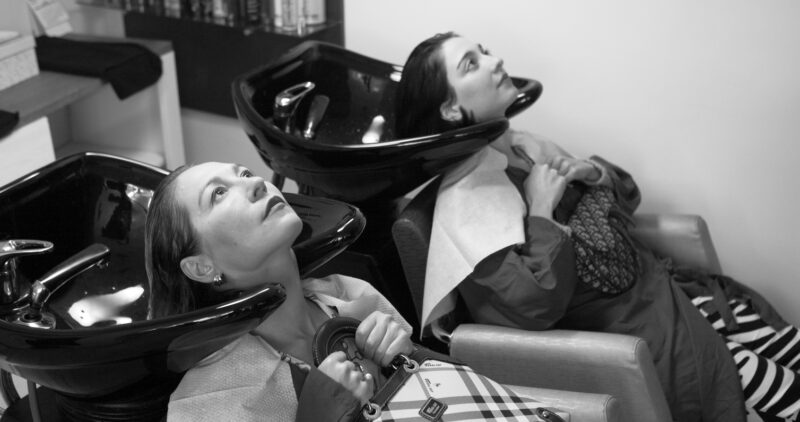 Amidst the devastation of post-crisis Spain, mother and daughter grift to keep up their lifestyles.

El Planeta is a dark comedy exploring contemporary poverty, female desire, and the always complicated filial relationships of mothers and daughters. A daughter forced to return home after the death of her father, reconnects with her eccentric mother, hustling to maintain the semblances of their middle-class lifestyle in the face of an impending eviction. Over the course of the week, we watch as the daughter’s hopes are tested as she attempts to use her sexuality as a means of escape. Meanwhile the mother grifts her way to certain security — the care of a jail cell. Courtesy of Utopia.

Co-presented by The RIZOMA Festival. RIZOMA is a concept-based international film festival based in Madrid, specializing in US independents and spanish-language auteur filmmaking. Born in a mountain village and quickly transplanted to Madrid, RIZOMA has been growing steadily since 2010, intricately combining film with art, music and performance. Some American films that have had their European, Spanish or Madrid premiere with RIZOMA are Detropia, Frances Ha, Whiplash, I Play with the Phrase Eachother, The History of the Human Beat Box, First Winter, Rat Film, Skate Kitchen, A Space Program, The Sound of Silence, RBG and Kajillionaire and some of the artists that have participated in RIZOMA include John Waters, David Lynch, Laurie Anderson, Crystal Moselle, Tom Sachs, Christine Hallquist, Yuko Shimizu, Theo Anthony and Dan Deacon. This special screening of El Planeta marks the first of hopefully many collaborations between RIZOMA and Rooftop Films.

Kiss of the Rabbit God (兔兒神)

A Chinese-American restaurant worker falls in love with an 18th century Qing dynasty god who visits him at night and leads him on a journey of sexual awakening and self discovery.

NOIA is the stage name of Barcelona native Gisela Fulla-Silvestre. A film score sound designer by day, Gisela produces left-of-center pop by night as NOIA. Habits, her 2016 debut EP, reflects NOIA’s myriad musical and cultural influences: everything from dancehall, tropicalia, and R&B, plus the literature and cultural theory of Cavafy, Olaf Stapledon and Byung Chul Han. NOIA also incorporates works her sound-design experience into the mix, creating a uniquely cinematic atmosphere with percussive foley and digital distortion. NOIA has spent the last few years in a creative shell, experimenting with new sounds and techniques. She’s now emerging with a new EP entitled CRISÀLIDA, the Catalan word for “chrysalis.” Across the EP's four tracks, NOIA again unites the disparate styles of her musical heritage, and what emerges is a confluence of cultures: traditional arias flutter atop left-field pop production while lyrics float seamlessly from Spanish and Catalan to English.