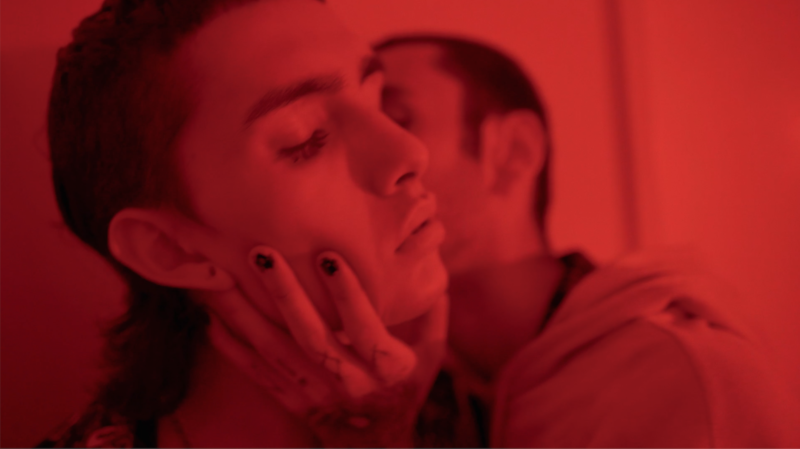 “Our dead are never dead to us, until we have forgotten them.” -George Elliot

Rooftop Films and Green-Wood Cemetery invite you to gather for a cinematic meditation on the living, the dead, and those caught in between the two. Whether it’s contemplating the mortality of a pet turtle, embalming a beloved one to sustain its spirit in the flesh, or killing in the name of life — the characters in these films are driven by death and grief, no matter how they may try to avoid or deny it. The protagonists of these stories experience emotions and coping mechanisms as multifaceted as the circumstances and settings surrounding the rituals of dying they must face. While there is no guidebook for navigating the mortal process, these films will show you the eternal and the ephemeral while weaving bits of laughter through the grand abyss. Come join in on the conversation at Green-Wood Cemetery’s historic and idyllic grounds.

As the AIDS epidemic took hold in the early 1980s, self-help guru Louise Hay created a space for healing called the Hayride. Drawing hundreds of gay men confronting a deadly and stigmatized disease, Louise promised that they could overcome AIDS through self-love. Some said this early new age wellness movement was opportunistic and harmful. Others who were suffering said that Louise healed them. In the face of a deadly pandemic and government neglect, resilience took unusual forms, and for Louise Hay’s circle, intimate forms of reckoning were transformative.

Undertakers wait on a family’s final farewells, as one son struggles to say goodbye to his dead father.

Snowy, a four-inch-long pet turtle, has lived an isolated life in the family basement. With help from a team of experts and his caretaker, Uncle Larry, we ask: Can Snowy be happy, and what would it take?

In August 2017, I chose Camilo Najar (21) — known on his social media as Son of Sodom — to be the protagonist of my first fiction film. In the casting we talk about death, the future and his sexuality. A week later, Camilo dies of a heroin overdose. Who was Son of Sodom?

The Toxic Pigs of Fukushima

The Great East Japan Earthquake of 2011 triggered a tsunami, nuclear meltdown and mass evacuations in Fukushima Prefecture. Today, as part of a Government push to encourage resettlement, local hunters have been enlisted to dispose of radiated Wild Boars that now roam the abandoned streets and buildings.

This short film follows a lone hunter into an isolated and changed landscape. Along the way, other citizens who still live near the reactor share their perspectives on the aftermath. The Toxic Pigs of Fukushima was inspired by the photographs of co-producers Toru Hanai and Yuki Iwanami. The original score was written and performed by renowned ambient artist Midori Takada.

Embalming an animal is an extremely complex task. Even more so if it’s your pet. Pedro Viamonte (82), founder of the Higher Institute of Taxidermy and Conservation, decides that death isn’t reason enough to separate him from his beloved deer after 16 years together.

In this multi-part work-in-progress film, a solitary white ghost encounters a strange bundle in a monochrome forest. While retrieving the contents of the bundle, the white ghost is seen - in color - by an orange ghost, setting off an extended pursuit in which white uses camouflage and bushcraft techniques to evade orange. While tracking, the orange ghost discovers a surprising connection between the two ghosts and begins to mimic its target. As the chase continues, orange and white increasingly mirror one another, culminating in a moment of mutual recognition, of seeing and being seen.

The project (a collaboration between visual artist Mimi Bai and filmmaker Sam B. Jones) is an extension of Bai’s artistic practice, which uses ghosts and camouflage as metaphors for cultural assimilation. The film is inspired by Spy vs. Spy, outdoor survival tutorials on YouTube, and the 1942 Len Lye film Kill or Be Killed, in which a British sniper faces off with his German adversary in a test of camouflage craft.

7:45 PM
Doors Open & Installation of Untitled (Ghost Film) by Mimi Bai & Sam B. Jones Begins
9:00 PM
Films Begin
10:30 PM
Q&A with Filmmakers
NO REFUNDS. IN THE EVENT OF RAIN, SHOW WILL BE RESCHEDULED AT THE SAME LOCATION. NO ALCOHOL IS PERMITTED.
.........................................
FAQs
How will it work?
Bring your ticket (either printed or on your phone) and our team will check your tickets with a contactless check in scanner, respecting social distancing guidelines. Before your arrival, we will ask you to make sure you can answer “no” to all of the CDC’s COVID-19 safety screening questions. Upon arrival we will do a mandatory temperature check, unless you prefer to provide proof of vaccination. Seating will be arranged in pods (up to 4 people) so that you may sit together with your group, but remain socially distanced from those not in your group. Chairs will be provided in groups of two and four. Masks will be required while inside of the venue and while interacting with staff.

What COVID-19 Measures Have Been Taken?
Our guests and our team’s safety is our primary concern. Our COVID-19 safety measures include social distancing for both guests and staff, regular cleaning of all facilities, and contact-free check-in. All attendees and staff are required to wear a mask while inside of the venue, as it is still required by the city to wear a mask while attending a public event. You will also be reminded of the mandatory safety measures via email and on-screen. You may sit in your pod with up to 4 people, but we ask that you remain socially distanced from anyone not in the group you have chosen to sit with.

Where will the screening take place within Green-Wood Cemetery?
Check in will be at the main entrance on 25th Street and 5th Avenue, but the screening location will be about 10-15 minute walk from there. Please contact us if someone in your party will need assistance getting to the location.

Are there ID requirements or an age limit to enter the event?
Rooftop Films are open to all ages.

What are my transport/parking options getting to the event?
For a full list of Rooftop Films venues and directions visit www.rooftopfilms.com/venues

Do I have to bring my printed ticket to the event?
You can either have a printed out ticket, or be ready to present the QR code from your ticket on your phone.