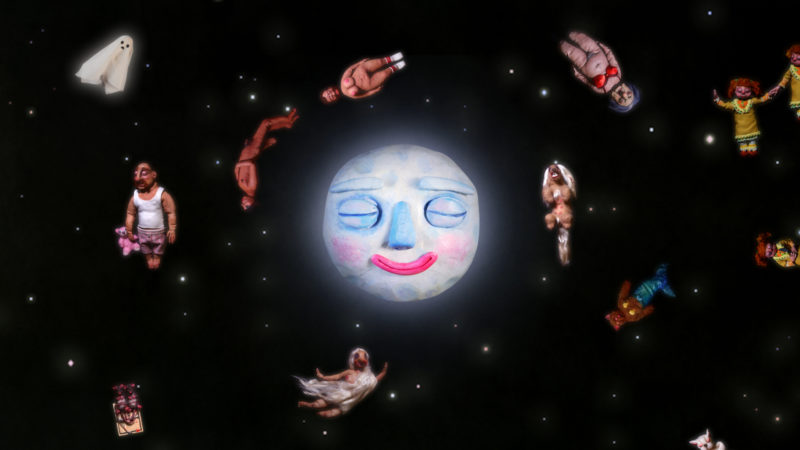 Online sales are closed. You can purchase tickets at the box office starting at 7:15 PM!

Rooftop Films has worked with Animation Block Party since 2006, co-hosting more than a dozen screenings and drawing huge, enthusiastic crowds to some of the most popular independent animation events in New York City for almost two decades. Rooftop and Animation Block Party have showcased some of the best animated films in the world in that time, which is why we are especially excited to celebrate the official start of summer on Friday, June 21st, with an exclusive Animation Block Party alumni showcase. Animation Block alumni include Academy Award nominees, Sundance winners, hit television show-creators, independent filmmakers, commercial producers, and animators from Cartoon Network, Disney, Netflix and more.

The Animation Block Party festival will run this September 20-22 in Brooklyn.

Trapped in a spaceship in the hope of finding a new habitable planet.

Flex Calibur lived like a rock star, and now he's rocking in Hell!

On a remote island in the future, people are training for an important mission. Take a look at the mechanics of this training facility and the creatures within.

More fun with those sneaky cats courtesy of DreamWorksTV.

A man must race thru hell and back to get what he wants.

Loneliness: a trucker who calls out on his CB radio waiting for a reply that never comes. A ghost that haunts the deserted highways. A whale that sings at a frequency no other whale can even hear.

A colorful portrayal of what suburban teenage life looks like from theother side of normal.

On the night of a lunar eclipse, we uncover the sweet, salacious, and spooky secrets of a small town. From a pigtailed psychopath to naughty nuns and everything in between, this stop motion animated film conjures a comforting thought: that weird is relative.

With inspiration from artists like Prince, David Bowie, Grace Jones, Boy George and George Clinton, The Illustrious Blacks have arrived with a mission to fuse futuristic funk, hypnotic house and cosmic pop into pulsating positivity for the planet. The real life married couple are not only co­-pilots on their artistic voyage, but are united in their fantastical journey through life.

8:00 PM
Doors Open
8:30 PM
Live Music from The Illustrious Blacks
9:00 PM
Films Begin
10:30 PM
Q&A
11:00 PM
After-Party
Screening will take place in Courtyard 5/6 at Industry City (entrance on 51 35th St). No refunds. In the event of rain, show will be indoors at same location. No outside alcohol is permitted.