WHIPS & FANGS & PONY GANGS, THIS SUMMER ON A ROOFTOP NEAR YOU

What do roving gangs of dominatrices, skateboarding Iranian vampires, and drug-dealing pony-pimps have in common?

Get ready to experience some of the most outstanding films of the year in the most unique and exiting venues imaginable: dotting the rooftops and scenic spots of the greatest city in the world.

Now, what could make this even more exciting for passionate filmgoers? How about saving a ton of money while helping to support a grassroots arts movement?

Ticket sales from our screenings account for less than 15% of our overall budget. Without the income generated through annual memberships and donations from our biggest fans, Rooftop can’t continue to grow and bring the best of independent filmmaking to the roofs, parks, beaches and waterways near you.

That is why we are asking you to join the biggest show in town this summer. Donate to Rooftop Films and receive your membership now! 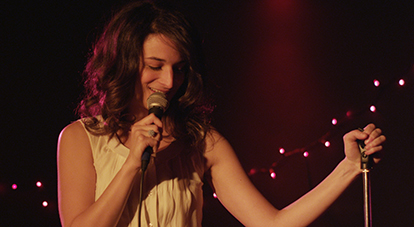 Bigger and better than ever before, the 18th Summer Series kicks off Friday, May 16th at Industry City in Sunset Park, Brooklyn with a brand new slate of the most talked about short films from local and international filmmakers, followed by a special sneak preview of Gillian Robespierre’s upcoming A24 release, Obvious Child on Saturday, May 17th.

2014 will be our biggest season ever and feature more than 45 outdoor screenings of over 120 films (including dozens of New York, International, and World Premieres – with filmmakers in attendance) bringing you the best in cutting edge, independent, and foreign films, each screened against the breathtaking backdrop of New York’s iconic skyline. Each night is carefully curated to shake-up the status quo and re-define what it means to “go to the movies” in your community. 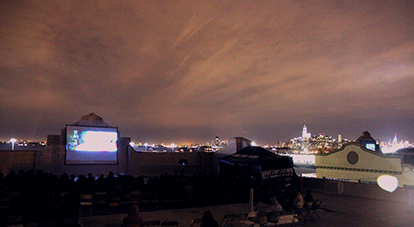 What We Need & What You Get

Rooftop Films is all about getting big things done with the resources available at hand, so we know the value of a dollar. For that reason, we wouldn’t ask for your help without offering a lot in return.

Donate and become a member today and you get free access to every regularly priced Rooftop Films event in 2014. If you bought all those tickets individually, that would cost more than $500 per member. However, donating and receiving your membership today gets you access to more than 45 outdoor events for just $75 (Single Membership).  And membership offers great benefits!

ACCESS TO THE HOTTEST INDEPENDENT FILMMAKERS IN THE WORLD 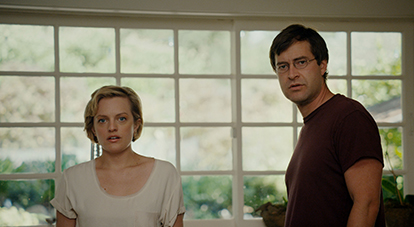 Rooftop Members get to mingle with the filmmakers and actors at the premieres and sneak previews of such films asThe One I Love (starring Mark Duplass and Elisabeth Moss), The Trip To Italy (starring Steve Coogan and Rob Brydon), Happy Christmas (starring Anna Kendrick and Lena Dunham),Cold In July (starring Michael C. Hall), and many more breakthrough independent films. 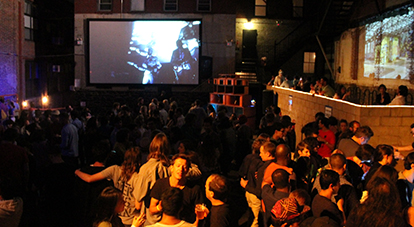 GUARANTEED ENTRY TO THE COOLEST SECRET SITES IN THE CITY

Not only are we bringing back our favorite venues from years past (atop the gothic architecture of the Old American Can Factory in Gowanus; amidst the bustling hub of Downtown Brooklyn at Metrotech Commons; the waterside grandeur of Socrates Sculpture Park in Long Island City), we also have exciting new venues to explore this year. We’ll travel back to the Industrial heyday on the old factory rooftops of Industry City, Sunset Park. We’ll explore the majesty of nature on the largest rooftop farm in the world. 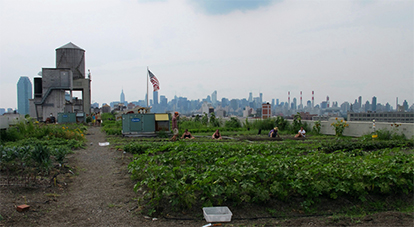 A Growing Community of Artists and Art Lovers

Started on a rooftop 18 years ago by Brooklyn filmmakers and their friends, Rooftop Films accomplishes a great deal with a small, passionate staff.  Every penny we earn goes back into the Rooftop community and towards providing a quality experience for our growing audience and loyal members.  Central to our mission is the popular idea that all people should have equal access to the arts, and so we keep these shows and these experiences accessible to all.  Every year we strive to keep our screening fees and admission prices as low as possible for our ticketed events for just this reason. 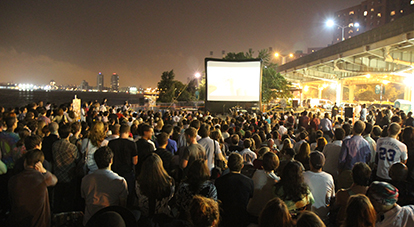 Rooftop Films is more than just a festival, and we do more than simply exhibit films. By supporting Rooftop you also help independent filmmakers in their artistic pursuits.

Your support also helps the Rooftop Filmmakers Fund, where Rooftop donates cash and services to help our alumni filmmakers to produce their latest films. Over the years, Rooftop has helped more than 100 filmmakers complete their films, including Benh Zeitlin (Beasts of the Southern Wild), David Lowery (Ain’t Them Bodies Saints), Lucy Walker (The Tsunami and the Cherry Blossom), Shaka King (Newlyweeds), Sean Durkin (Martha Marcy May Marlene) and Gillian Robespierre (Obvious Child). 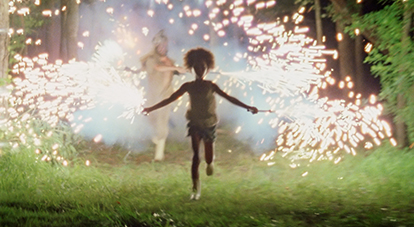 Visit our Indiegogo page to get your membership today! 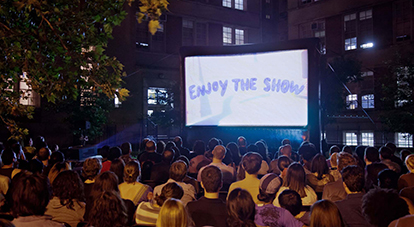 THANKS! We’ll see you this Summer!